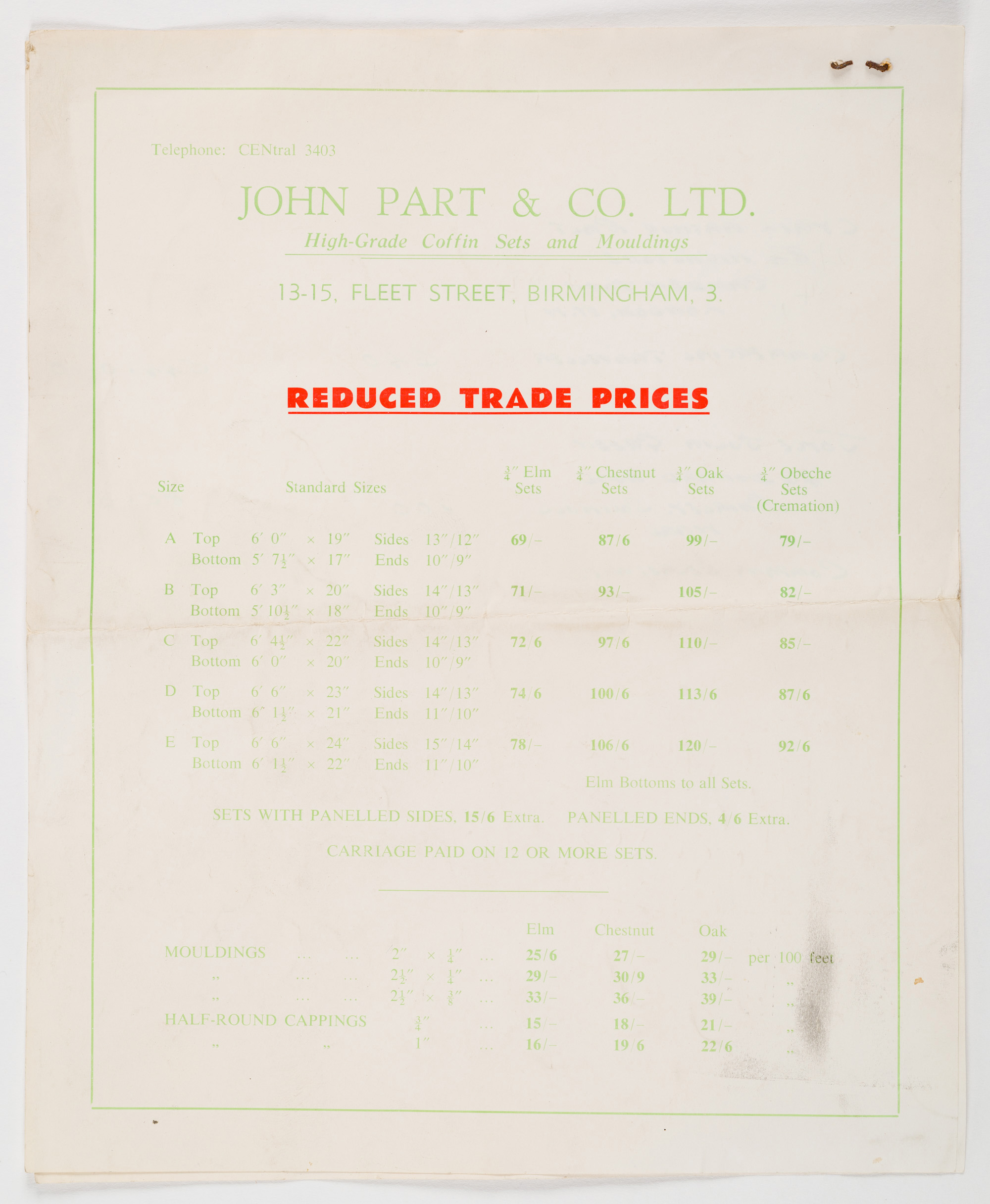 In November 1954 John Part and his wife began trading from the Newman Brothers’ manufactory as John Part & Co. Ltd., manufacturers of and dealers in coffin furniture. They were based at Newman Brothers between 1954 and 1956 and rented a workshop and office at the manufactory, specialising in coffins. From our records, we know that they paid £3 rent per week. However, by 30th September 1955, the rent for the workshop and office was in arrears, and by 28th March 1956, John Part Ltd owed £105 in rent.

This may have been an attempt by Newman Brothers to expand their product range, working directly with a trusted director and another company who specialised in products they themselves didn’t manufacture. This was presumably an attempt to become a ‘one-stop shop’ in a time when the funerary market was becoming more difficult to dominate.

Previously, John Part was a managing director at another company called Parts Patent Shroud and Frilling Company based on Tilligham Street in Sparkbrook, Birmingham. It was a family-run business with his mother and two sisters also occupying the position of directors within the company.  Newman Brothers bought shrouds, frillings and other materials from the company prior to the John Part founding John Part and Co. Ltd.