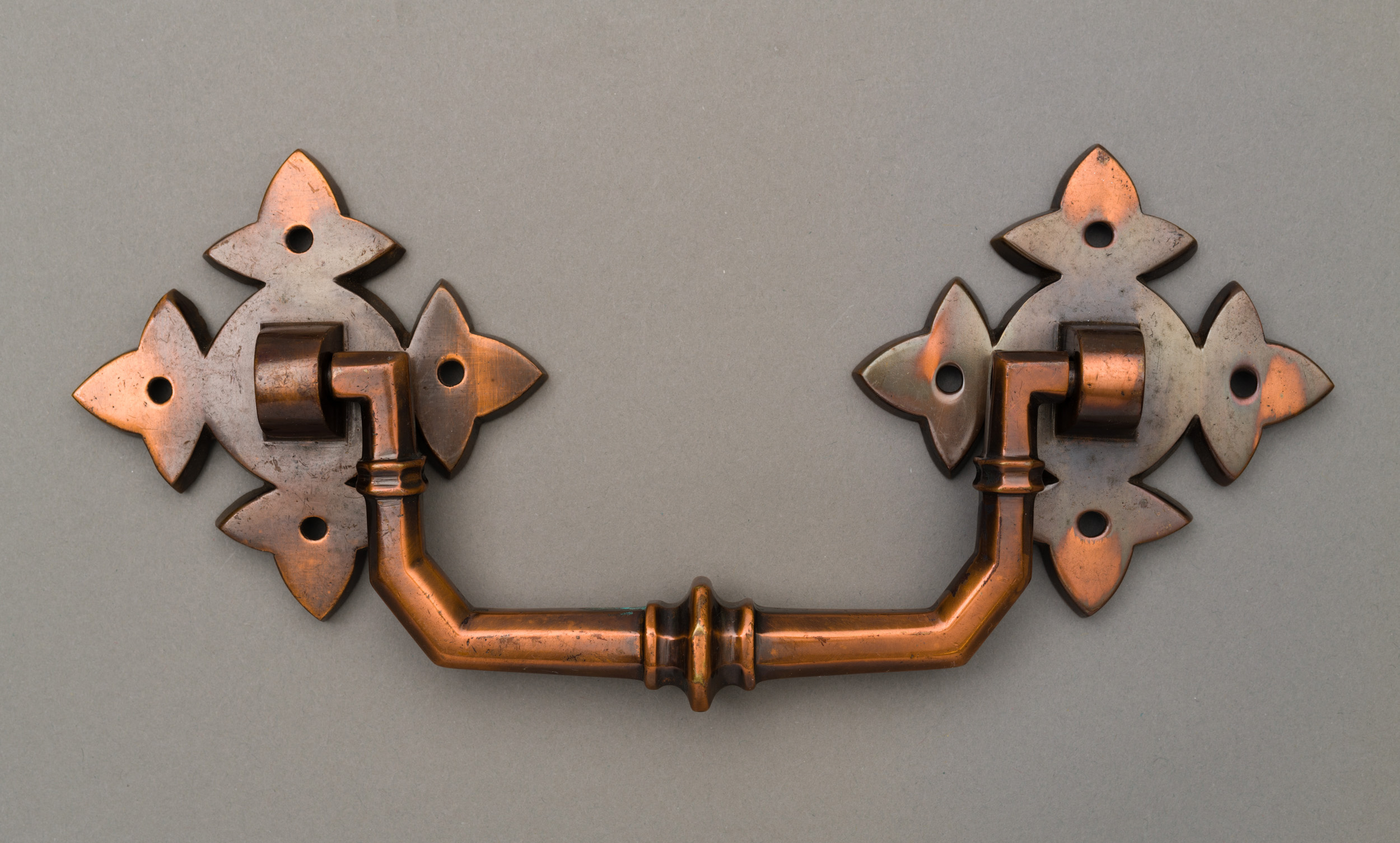 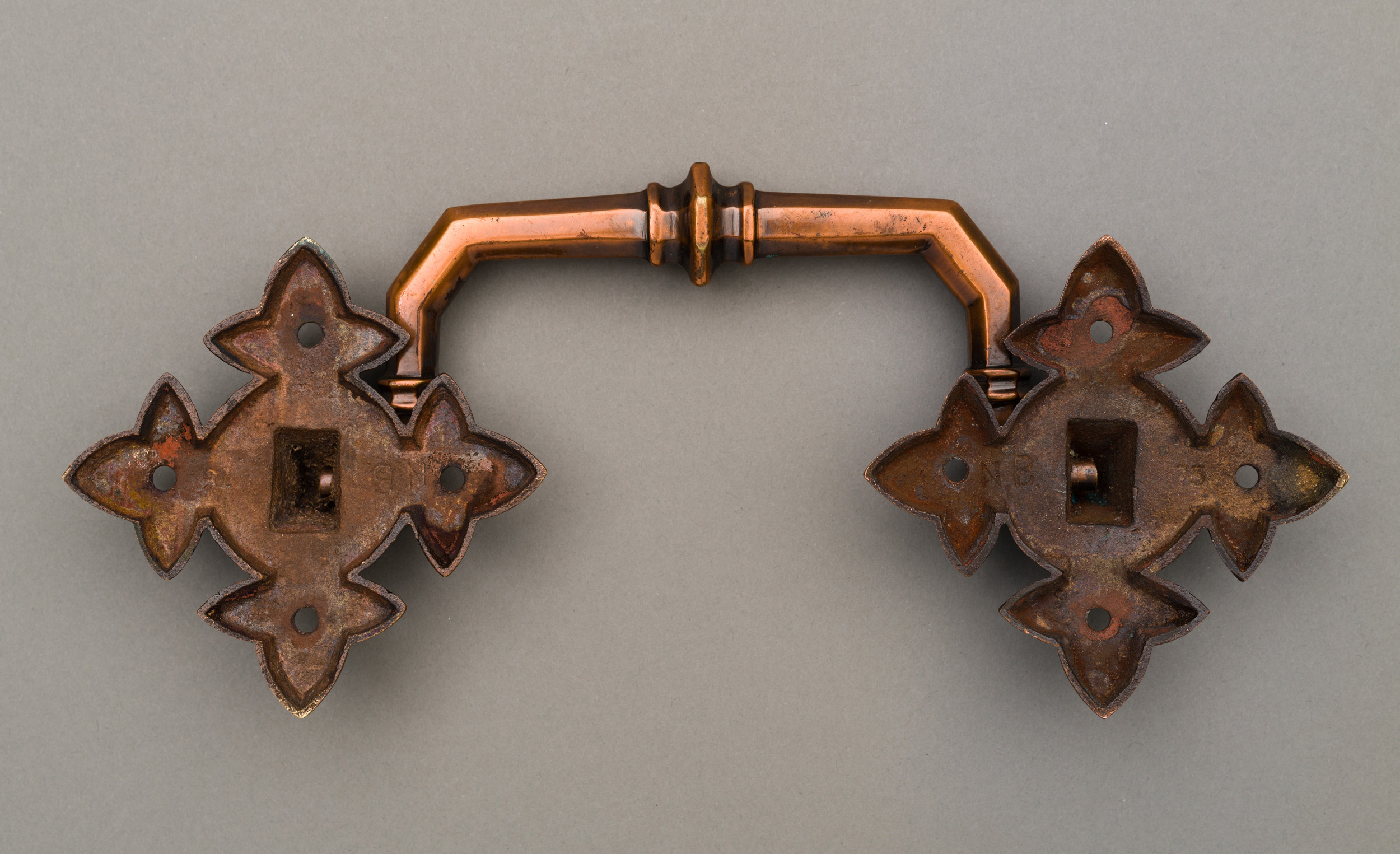 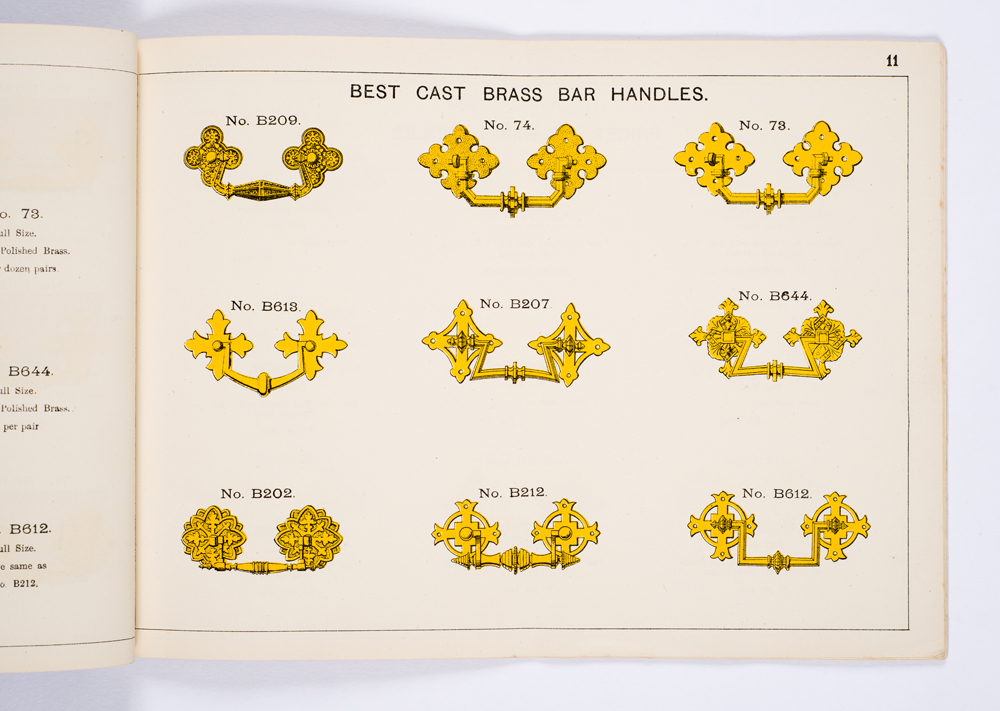 Newman Brothers were known for their variety of finishes, including their bronze lacquers. The Antique Brass finish we see here was achieved by first creating a Brown Bronze mixture. This comprised of mixing rouge with a small amount of chloride of platinum and water. This formed a chocolate brown solution and water was then added to make a paste. Bronze finishes were applied with a soft brush and allowed to dry. The handle then would have been polished to remove layers of the  brown bronze, in order to reveal the lighter shade of brass beneath. This created the ‘Antique’ finish that we see here.

By the mid 1960s, sand casting had become less efficient and more time consuming. As a result, Newman Brothers commissioned outside die-casting companies and hot stamping specialists to produce a range of their products for them.

Once the sand casting facilities had been removed from the manufactory in the early 1960s, Newman Brothers continued to have the handle produced off-site at other specialist companies. This included John Buckley Ltd, Dudley, specialists in hot stamping.

This handle is sand cast. Its reference in the Newman Brothers’ trade catalogue is N73. It is very similar to the Newman Brothers’ N74 Gothic handle, although the N73 was in production before the N74 and features in the earliest Newman Brothers’ trade catalogue. It would appear that the N74 was an evolution of the N73, eventually becoming more popular. Although the N73 survived into the 1920s and after the Second World War, it appears to have gone out of production by the late 1950s, with the surviving N74 proving more favourable. The N74 was in production until Newman Brothers closed in 1998, and was the handle of choice amongst the Royal Undertakers for the 20th century. Read more here.