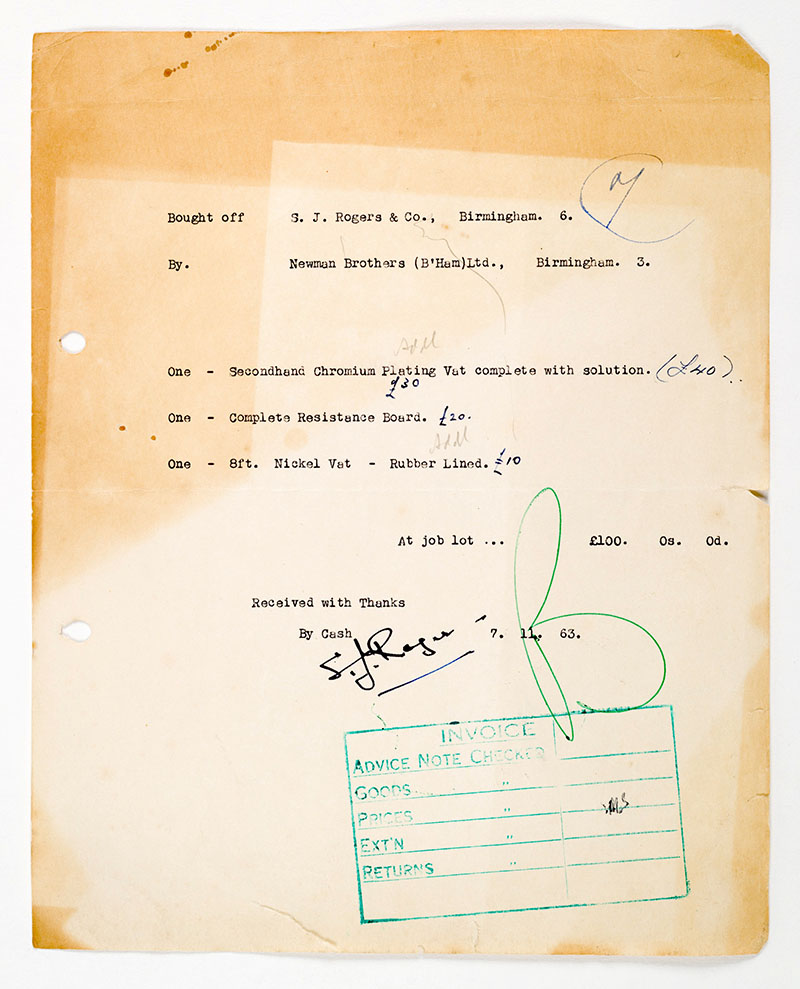 This document is the invoice for the purchase of the the vacuum coating machine, and lists additional details such as the company S. J. Rogers & Co. Through the 1950s and 60s, it was the new directors such as John Kellett and Charles Floyd, who took Newman Brothers forward and sought to adapt to changes in the funerary industry. The most important of these was the shift from inhumation to cremation.

At the end of the Second World War, under 10% of deaths were followed by cremation, whereas by 1965, this had risen to 50%. In the 1960s, Birmingham City Council’s regulations for cremation stated that “Coffin furniture and fittings must be of a combustible nature and the Corporation reserves the right to remove any brass or metal fittings.” This was not good for a company that specialised in metal fittings! Newman Brothers adapted by having their most popular coffin furniture designs made in plastic by an outside supplier, but coated with a metallic finish at their factory.

In 1963 Newman Brothers installed a second-hand vacuum coating machine, which applied the finishes. The factory range which had housed the casting shops and stables was demolished about 1967 and replaced with a modern two-storey range containing new offices and workshops. The company records show that a separate firm that manufactured coffins was operating from the factory around this time. The new management aimed to make Newman Brothers a “complete unit” for the supply of coffins, coffin fittings, linings and funerary gowns – everything the funeral director could need.