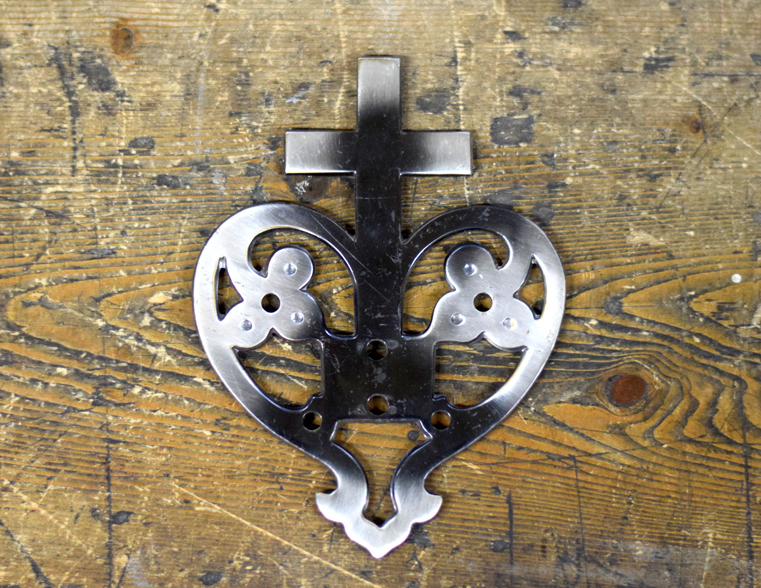 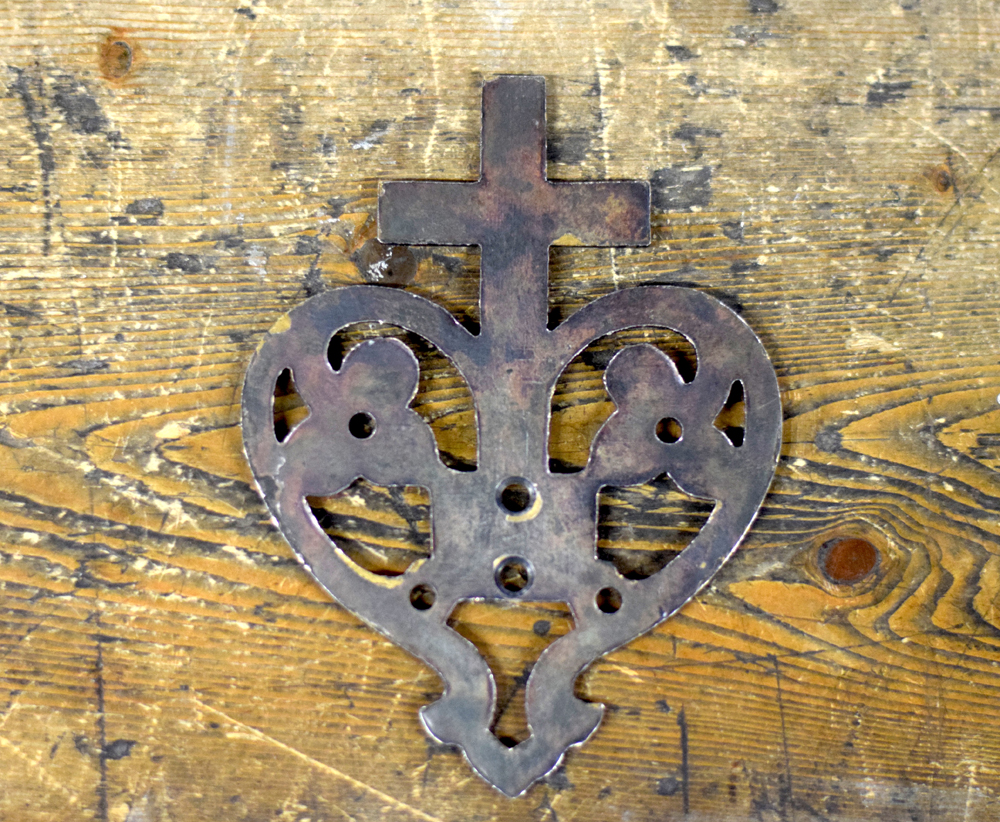 Newman Brothers were known for their variety of finishes. The oxi-silver finish that we see here was achieved by first nickel-plating the ring plate. To produce the black-lacquered finish, platinum was dissolved into nitro-hydrochloric acid, which was then allowed to crystalise.  This was then dissolved in spirit of wine, ether, or water. A few drops of this solution are then mixed with any of the bronzing powders, such as crocus, sienna or rouge.

The plate was then gently heated to allow smooth application of the lacquer. If any areas needed to be lightened, this was done by applying a little liquid ammonia to them with a piece of chamois leather. The plate is now completely black. In order to achieve the oxi-silver finish, the plate was then polished to remove the black lacquer to reveal silvered parts as seen here.

This Catholic backplate design was in production at Newman Brothers from the 1920s onwards. However before the 1950s, it would have been manufactured using the technique of sand casting. This example is die cast, and as such was produced off site as Newman Brothers never had die casting facilities. The finished version would have had a ring handle attached to it with a small Christ-figure ornament mounted on the cross. See image below which is taken from Newman Brothers’ 1960s’ catalogue. Read more about Newman Brothers’ die cast products here 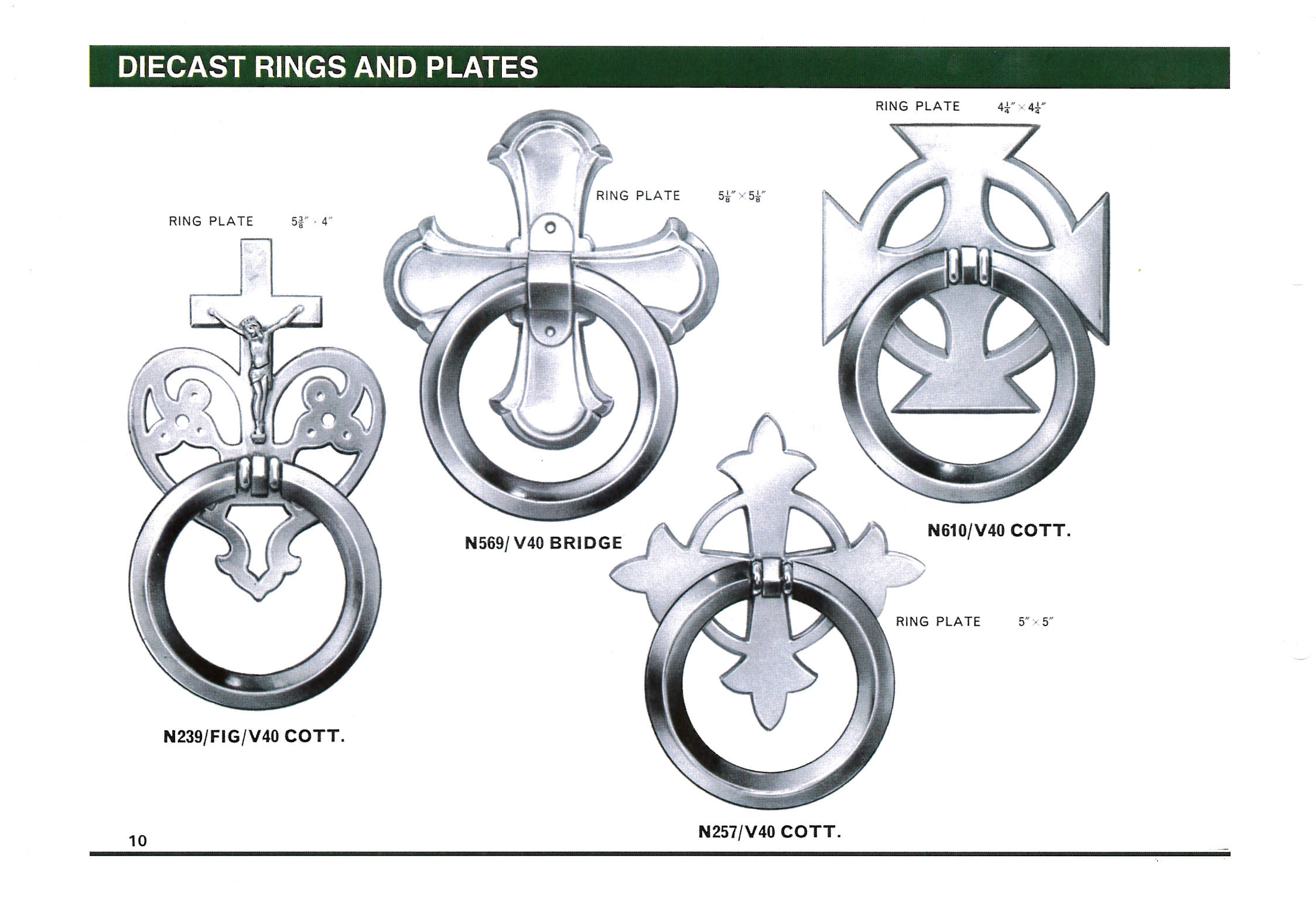