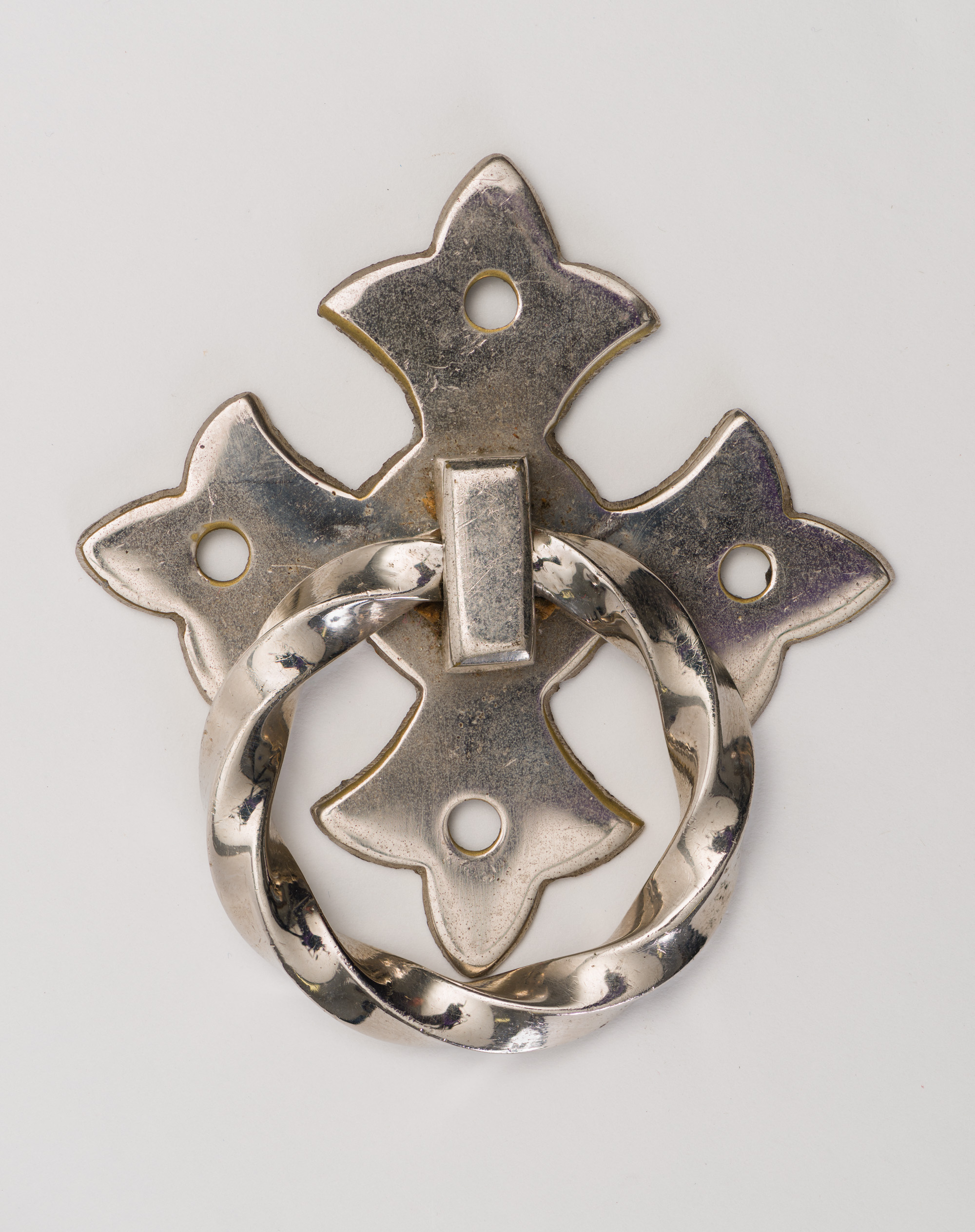 With its pointed arches and twisted handle, this design is classically Gothic. Newman Brothers were known for their Gothic handles, and many of their designs remained in fashion well into the 20th century. Between 1840 and 1900, Victorian designers started looking up to older classical styles for design inspiration, and the Gothic-revival style was influenced by medieval Gothic architecture.

Children’s coffin fittings were identical to those of adults, but just smaller. This was an age when children were dressed as ‘little adults’, so even the shrouds were the same. Find out more about shrouds here. The period of deep mourning for children lasted a year. After that, mourning continued for another year, although the clothing material was changed, and traditional black crape was dispensed with. Practically, it was difficult for poorer members of society to embrace this Victorian etiquette, as they very often had to wear what they had and couldn’t always conform to these standards. In fact, they planned ahead and saved money in advance for their children’s funerals, because the likelihood of dying before three years old was high. This was in an effort to ensure that if their children did not survive, they would still be able to have a respectable funeral for them.