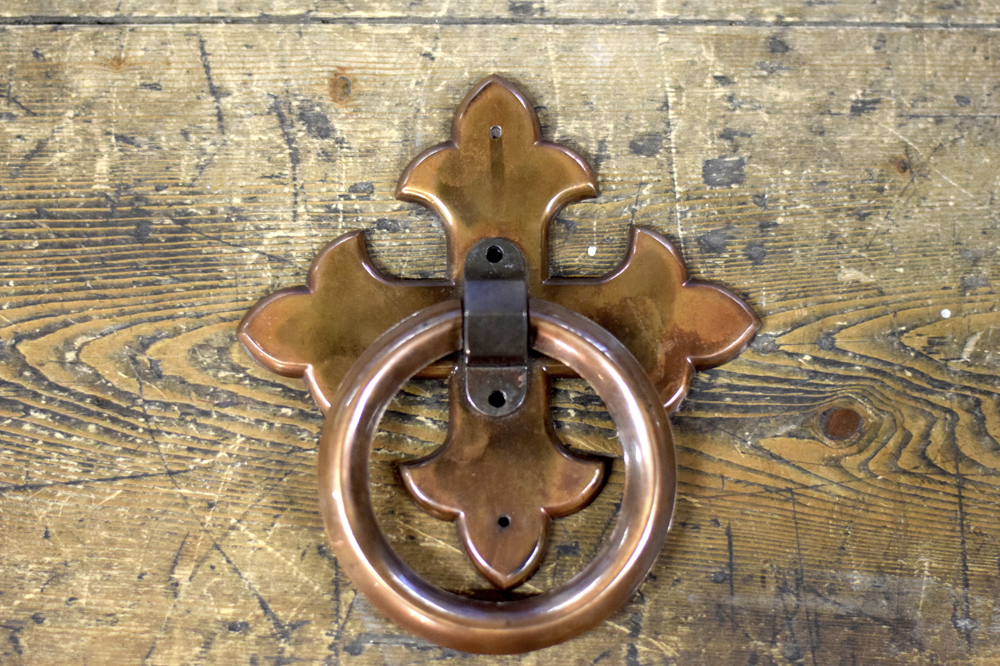 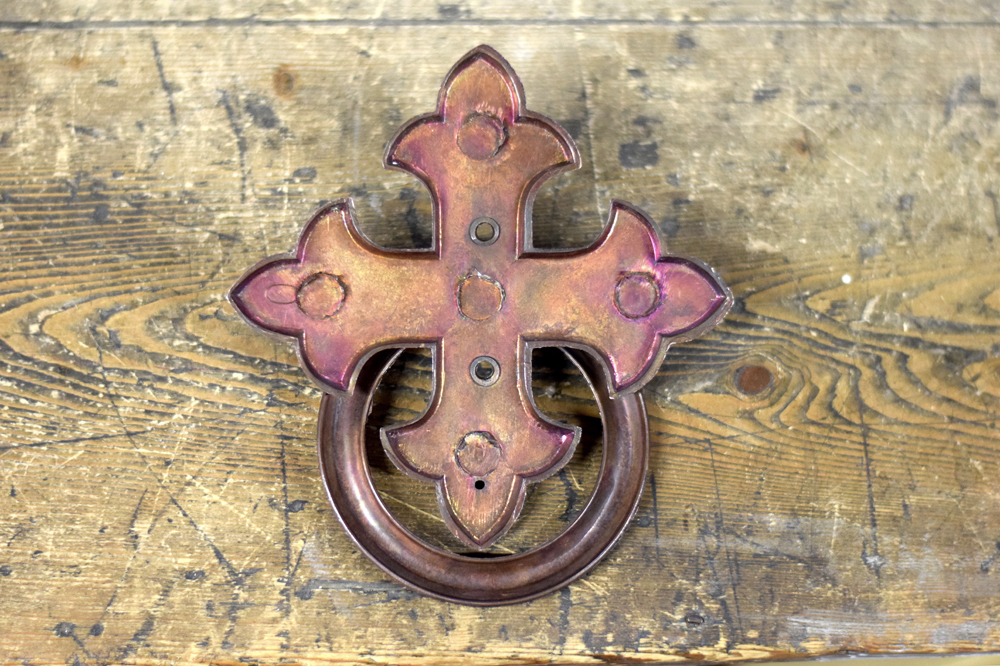 This ring handle first appears in the Newman Brothers’ catalogue circa 1920, under ‘Cast Brass Ring Handles’. This Handle is however, not brass, but instead a brown-bronzed zinc handle. It is also die cast, a process that Newman Brothers began using in the 1950s.

Die casting is a method of metal casting that uses a solid die mould in order to create the same item repeatedly. This die mould is in two parts that when put together have a hollow area inside of them in the shape of the item being cast. Molten metal is then injected under pressure into this hollow area and allowed to cool. When the two halves of the die mould are removed from each other there is a new metal item that can removed from the cavity and the die mould can be used again to make another.

Newman Brothers were known for their variety of finishes, including their bronze lacquers. The Brown Bronze finish that we see here was achieved by mixing rouge with a small amount of chloride of platinum and water. This formed a chocolate brown solution and water was then added to make a paste. Bronze finishes were applied with a soft brush and allowed to dry. A harder brush was then applied to the object until the finish had become appropriately brightened.

We know from an article published in the Funeral Service Journal in 1950 that it was “the company’s aim in the future to be entirely self-contained and to this end a new die-casting and die-making facility is being catered for.” By the late 1950s, Newman Brothers had ceased sand casting at the manufactory. This die cast ornament was therefore produced off site, most probably at GEO. Gale (Die Casters) LTD, who manufactured most of their die cast products – see below.