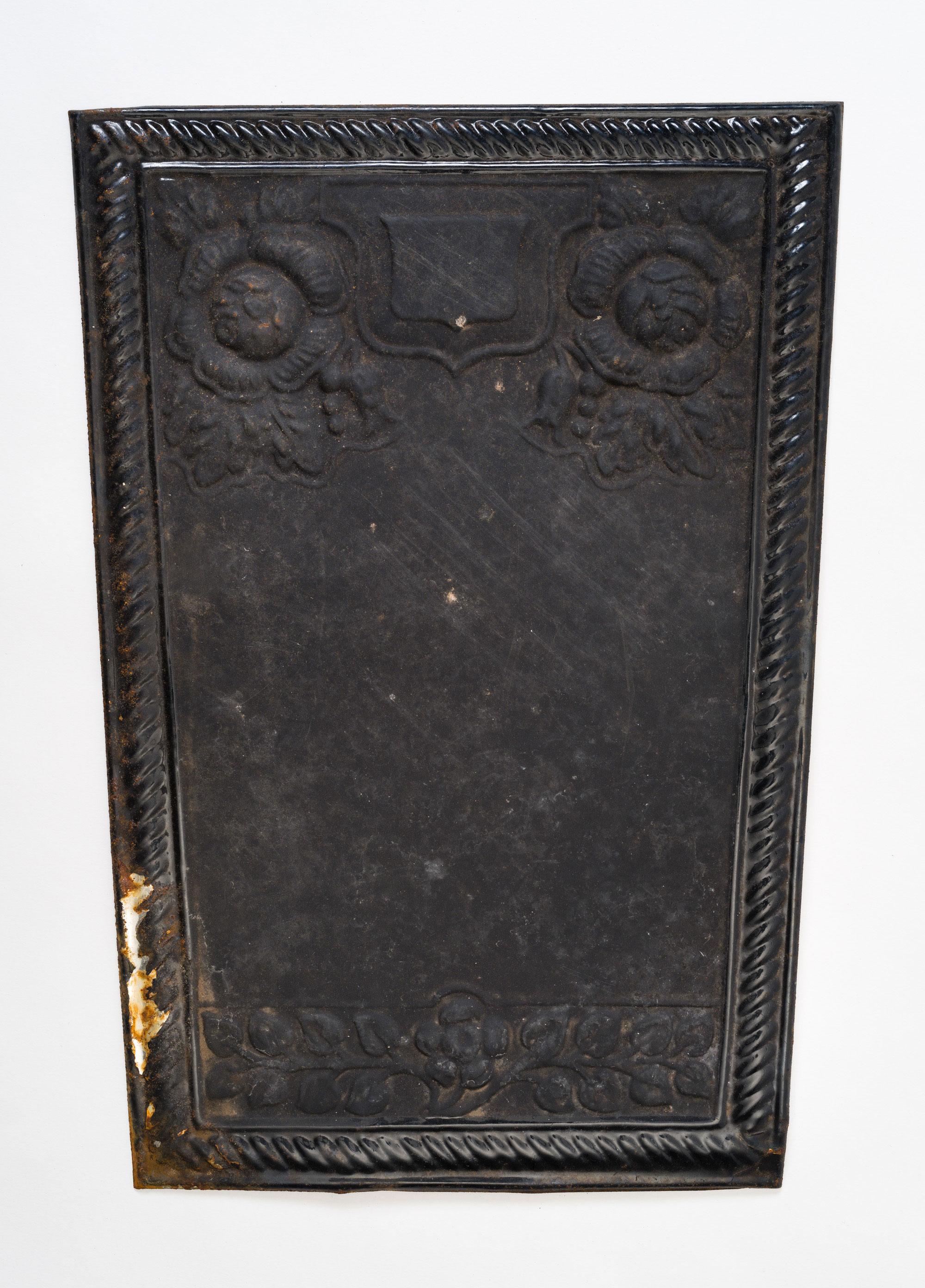 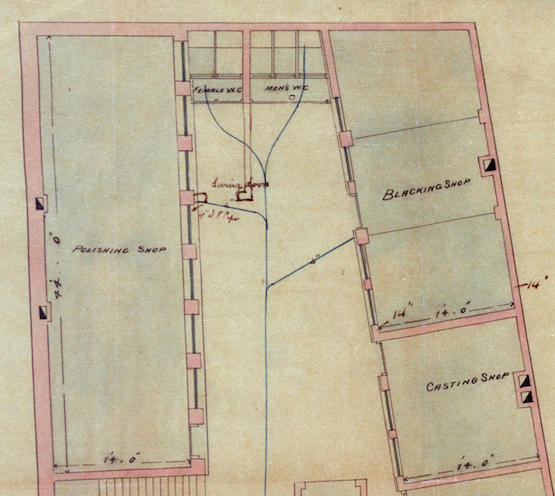 The original 1892 plans for the Newman Brothers’ manufactory clearly show a ‘Blacking Shop’ (see below). When we take this and their surviving catalogues into consideration, it would appear that Newman Brothers were manufacturing ‘Japan Black’ furniture between 1894 and the 1920s, after which point the taste for black fittings was waning.

This breastplate does not appear in any surviving Newman Brothers’ catalogues, so it may not have been manufactured at factory. However, there are many examples of products in our collection that do not feature in surviving catalogues, but through research into Registered Design Numbers,  we know are Newman Brothers’ fittings.

It is an example of General furniture opposed to Registered. Newman Brothers described the black finish as  ‘Improved Black’, but also offered a range of black finishes (see below).

Sometimes the terms ‘blacking’ and ‘japanning’ are used interchangeably, but they are actually different processes. Japanning is the process of applying a black lacquer to furniture. The lacquer is applied in layers and each layer is heat dried before the next is applied. This process was originally used on wooden furniture such as cabinets for decoration but was later used on metal objects as well. This was both for decoration and for protection as it was a durable varnish that also made Iron rust proof so it could carry water.

Japan Black is the name given to the lacquer used on Iron and Steel. It has this name because at the time of its development the west associated lacquered objects with East Asia and the black colour it gives to the finished product. This was because the process used bitumen as a hardener in the varnish instead of the natural resins used in clear varnishing.

However, when used as a verb japan means “to finish in japan black.” Thus japanning and japanned are terms describing the process and its products. However, Newman Brothers never described the process as japanning in their catalogues. Instead, they listed their black range of products under the following terms: ‘White and Black, Improved Black, Improved Black and Gold Enamelled and ‘Gold or any Fancy Colours’, Gilt or Gilt and Black.

Below is an image from our original architect’s drawings showing the location of the Blacking Shop.