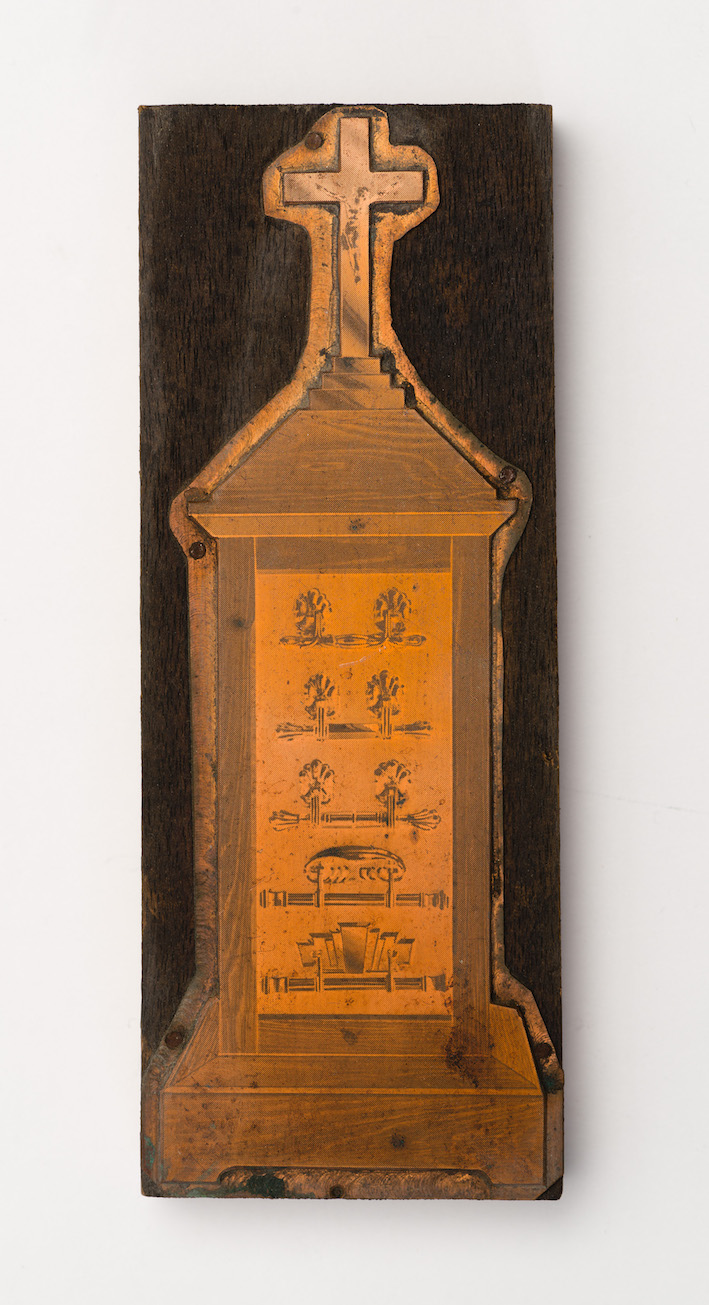 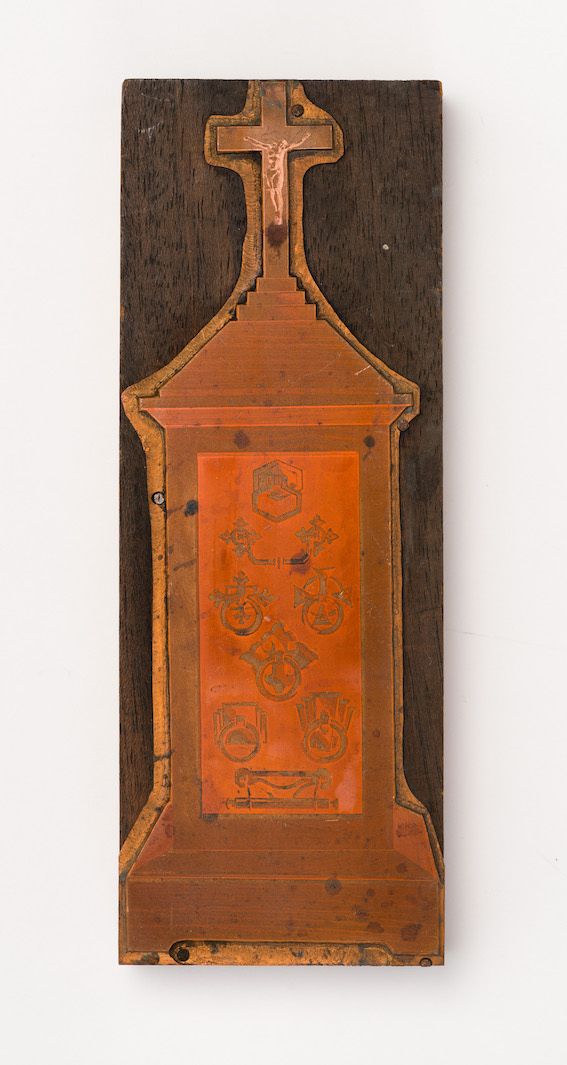 Copper printing blocks, mounted on wood, dating from the 1920s.

These printing blocks were used for printing the Newman Brothers’ trade catalogue dating from around the 1920s. Copperplate printing, also known as engraved printing, uses a polished copper plate on which a design has been etched or engraved. The extreme force used in the copperplate printing process presses the paper deep into the engraved areas of the printing plate, creating an impression on the paper surface. They produce crisp, well defined images.

Newman Brothers promoted their products annually at trade shows. Perhaps the most important show was the annual exhibition of the National Association of Funeral Directors (N.A.F.D.), where suppliers to the trade showed off their wares.

The Newman Brothers’ trade stand at the 1951 N.A.F.D.  exhibition in Blackpool also displayed their exhibition stand (showcasing a range of their products), which these printing blocks depict.