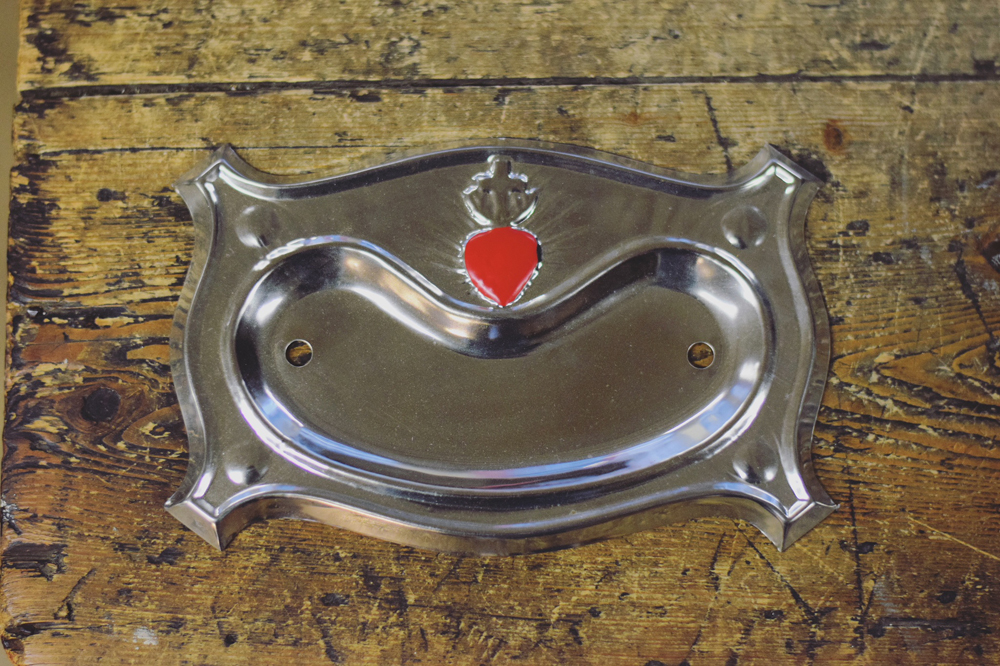 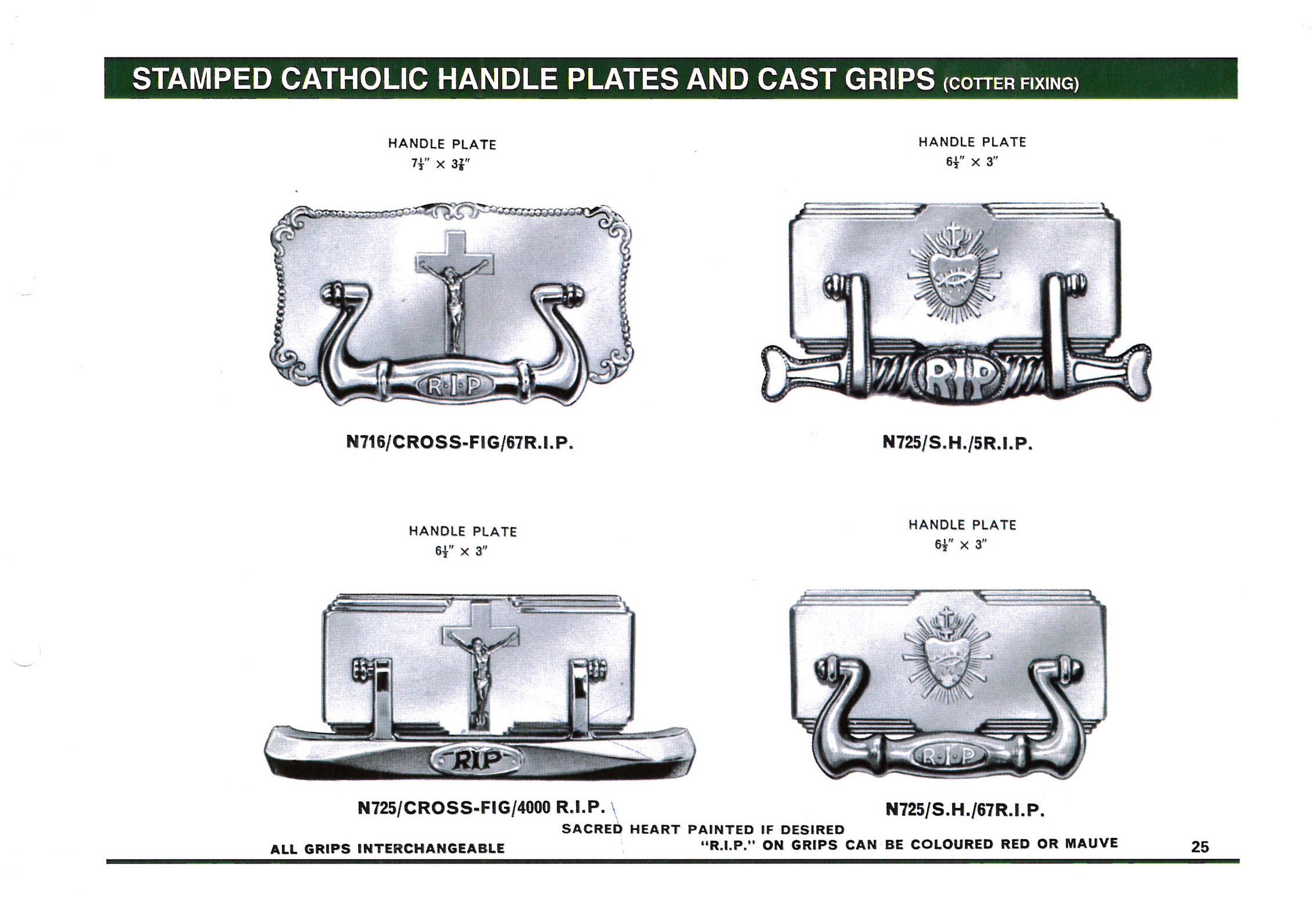 This backplate is ‘tin-dipped’ which refers to nickel-plated tin. Tin was one of the cheaper materials used at Newman Brothers. It would have been paired with a matching RIP handle, and first appears in the Newman Brothers’ 1960s’ catalogue.

The use of the Sacred Heart on coffin furniture first came into production at Newman Brothers in around the 1920s. This seems to coincide with the canonisation of French nun, Sister Mary Margaret Alacoque in May 1920, who promoted devotion to the sacred heart. She was especially popular among Irish Catholics, and it would appear that Newman Brothers were responding to the market, so to speak, in an effort to manufacture products that people wanted. Birmingham had one of the largest populations of Irish Catholics, and the Catholic funeral made up a significant market for any funeral director. Newman Brothers capitalised on this by offering a wide range of Catholic furniture, and selling it in both England and Ireland.