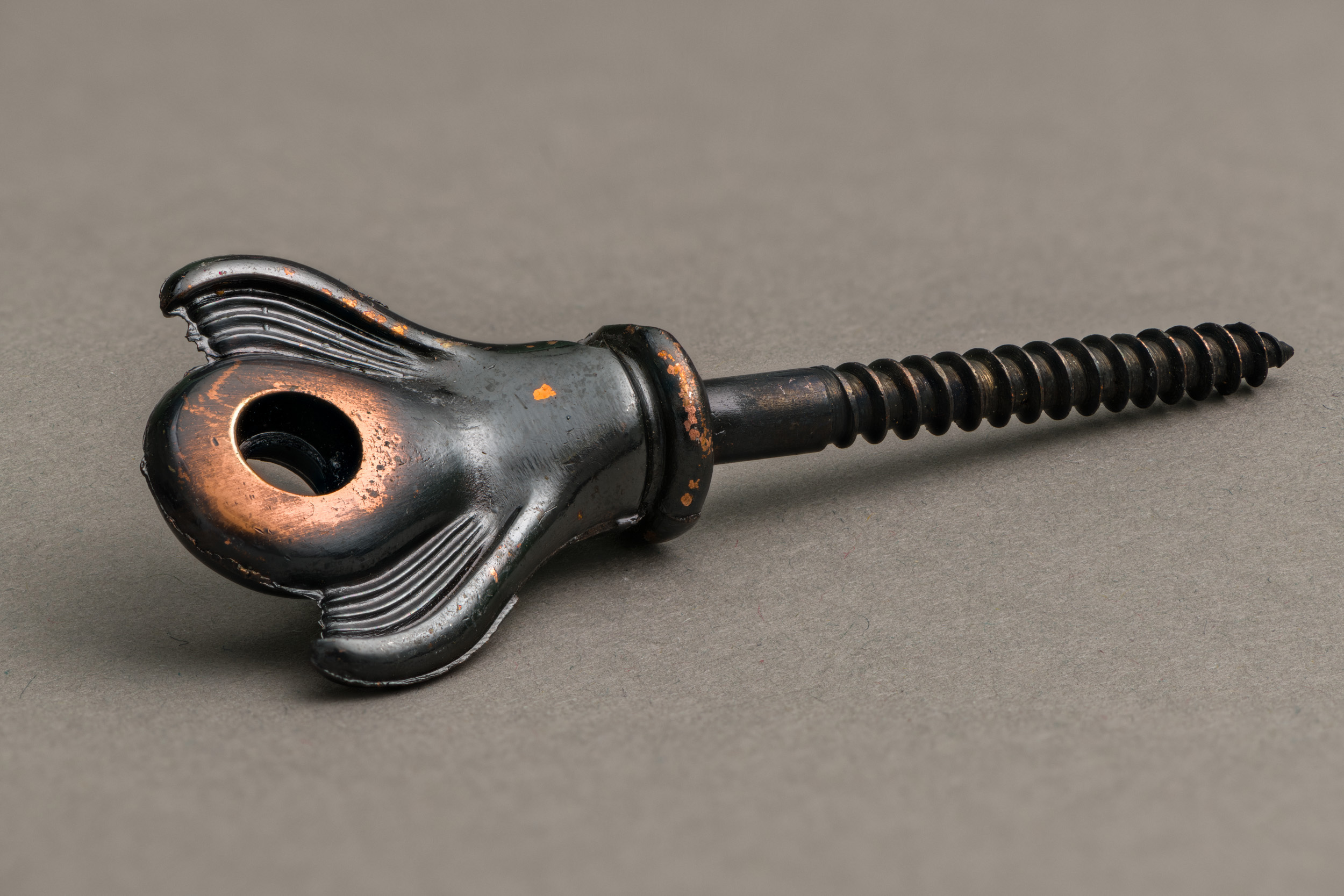 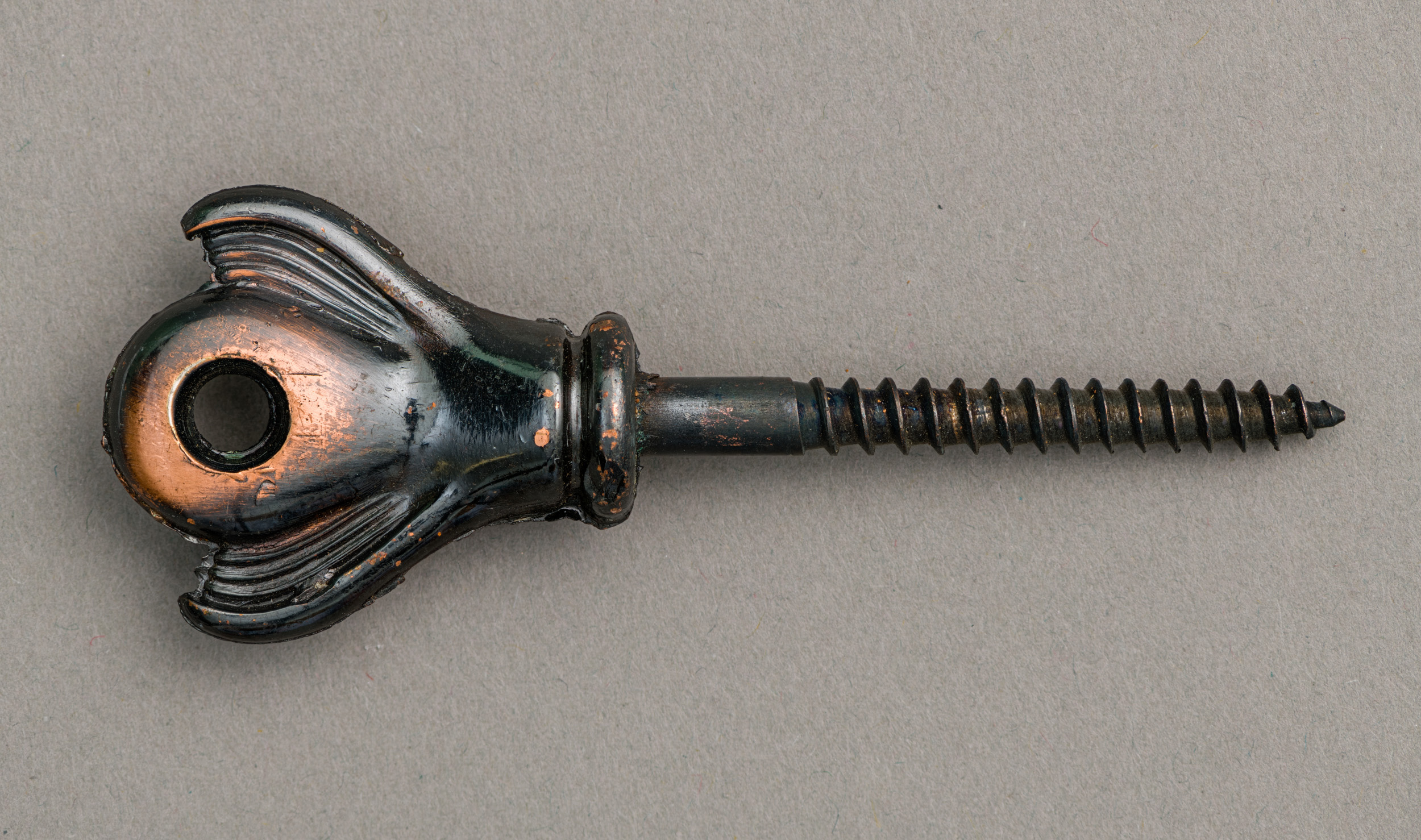 Newman Brothers were known for their variety of finishes, including their bronze lacquers. The ‘Antique Brass’ finish we see here was achieved using the following method:

Platinum was dissolved into nitro-hydrochloric acid, which was then allowed to crystalise.  This was then dissolved in spirit of wine, ether, or water. A few drops of this solution are then mixed with any of the bronzing powders, such as crocus, sienna or rouge, which created a black-lacquer. The thumbscrew was then polished to remove parts of the black lacquer to reveal its brass base as we see here. This created the ‘Antique’ finish.

Thumbscrews are similar in construction to ‘caplifters’, consisting of a plated metal head soldered to a long iron screw. Thumbscrews differ from coffin screws, which are simpler in design. To see the full range of screws and thumbscrews Newman Brothers made in 1900, click here.