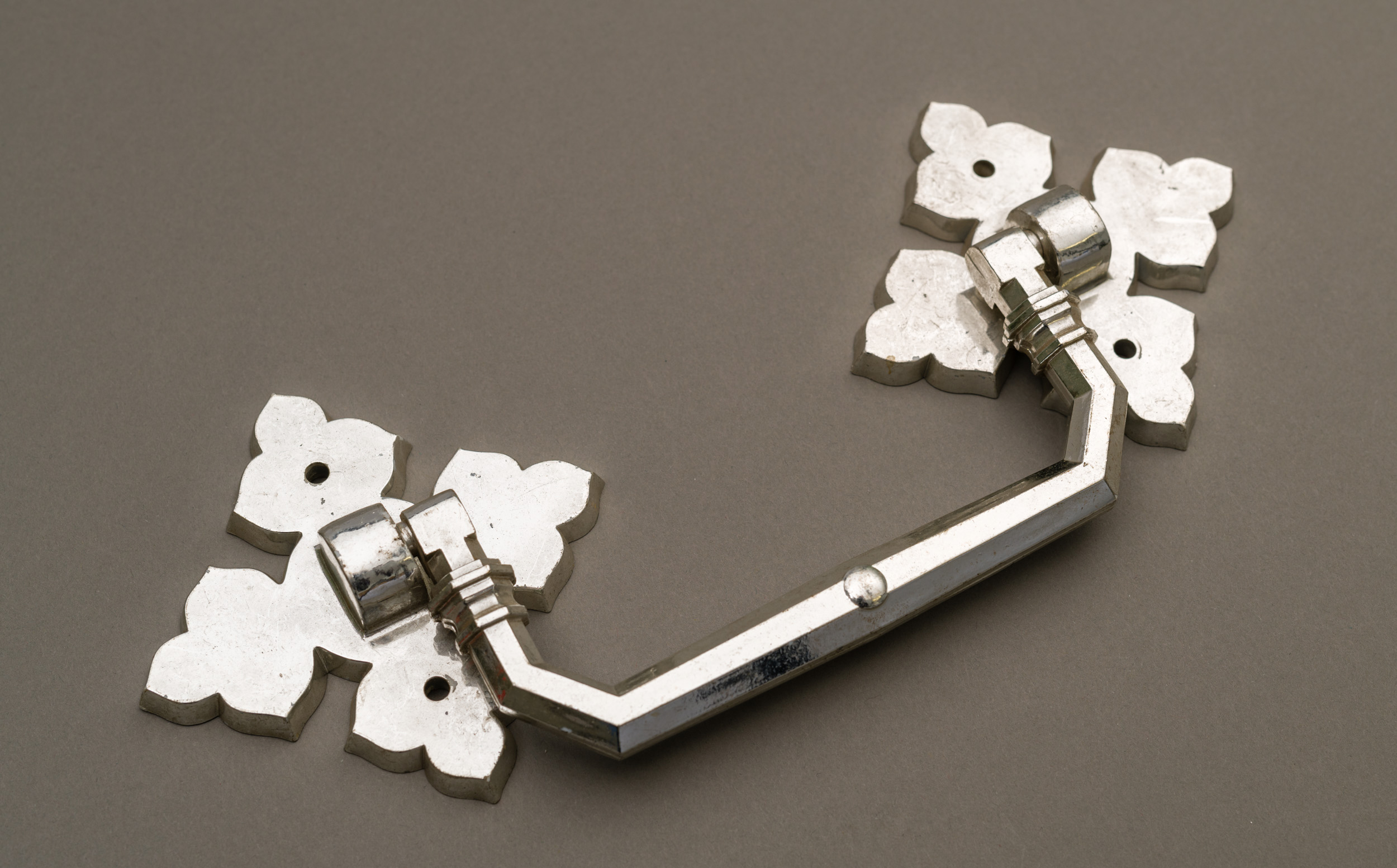 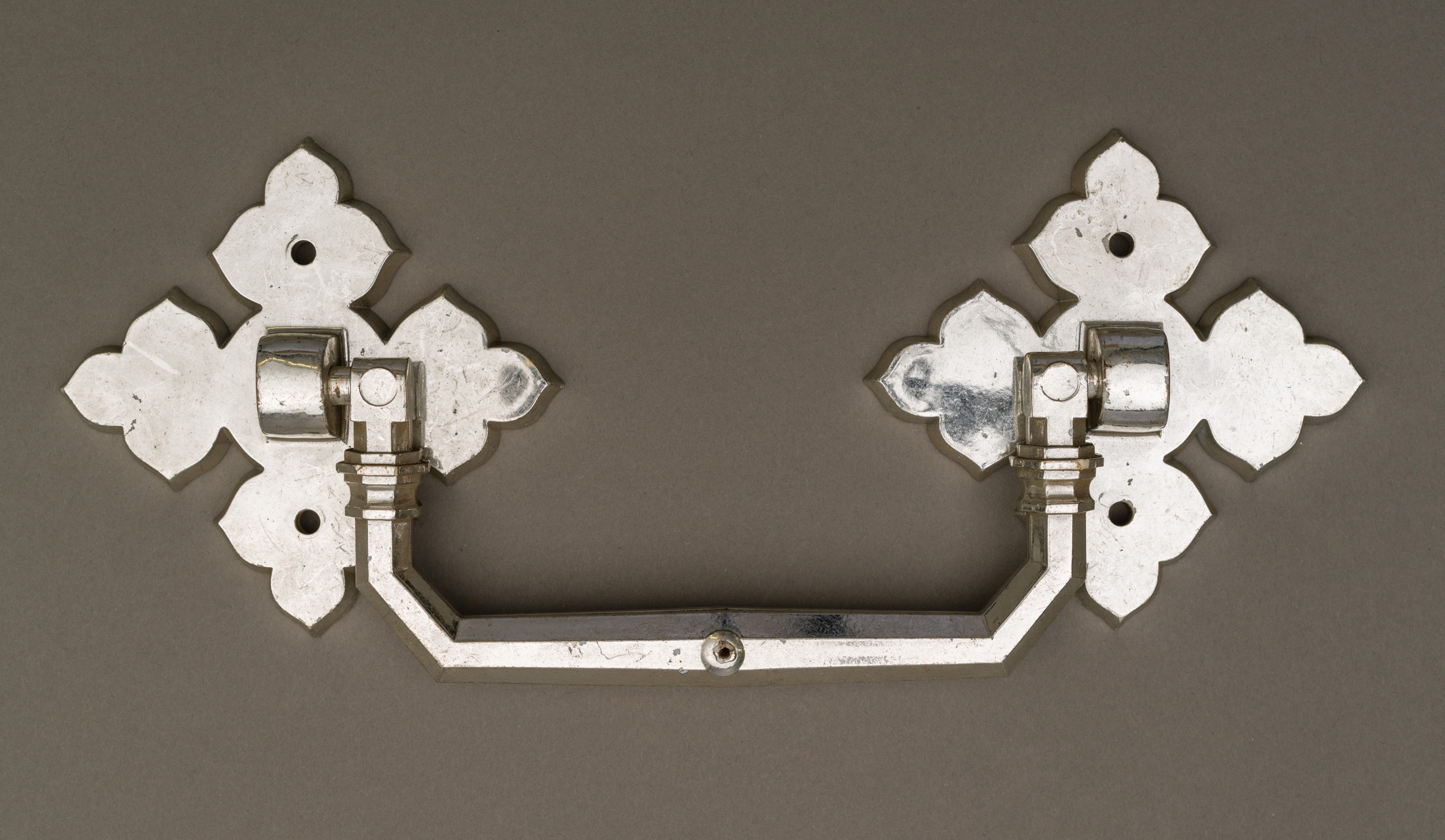 Next door to the Casket Handle Assembly Shop was the Vacuum Coating  Shop. This workshop only came into existence in 1963 when Newman Brothers bought a second-hand vacuum coating machine. This machine was used to put a metallic finish on plastic products. As we have seen, the switch from inhumation to cremation was accompanied by a switch, enforced by regulations, from incombustible to combustible coffin furniture. Newman Brothers responded to this change by buying in plastic handles made to their own designs, and then giving them the desired metallic finish using their own vacuum coating machine.

This handle is a plastic version of the N121 Gothic Newman Brothers’ brass handle. In the post-war years, society’s attitudes to death and funerals changed profoundly. New housing was a higher priority than cemeteries, and cremation slowly began to gain in popularity. The number of coffin furniture manufacturers in Birmingham shrank from twelve in 1944 to just three in 1967, with no new companies entering the market after 1949. 1968 was the first year that cremation officially became more popular than burial in Britain (see graph below).

As with most firms proud of their products, Newman Brothers saw little reason to alter their manufacturing techniques, though over the years, they did add more modern designs to their range, even venturing so far as to provide a limited range of plastic mould-injected handles, breast-plates and lid motifs for those of their clients who were offering cremation as an alternative to burial. In the late 1980s, with cremation being by far the preferred method of disposal, Newman Brothers noticed a decline in the demand for their exclusive high-quality metal products, as a result of which the decision was taken in 1999 to close the firm, rather than to compromise their reputation in providing products for which they had neither the liking, nor the desire, to manufacture. 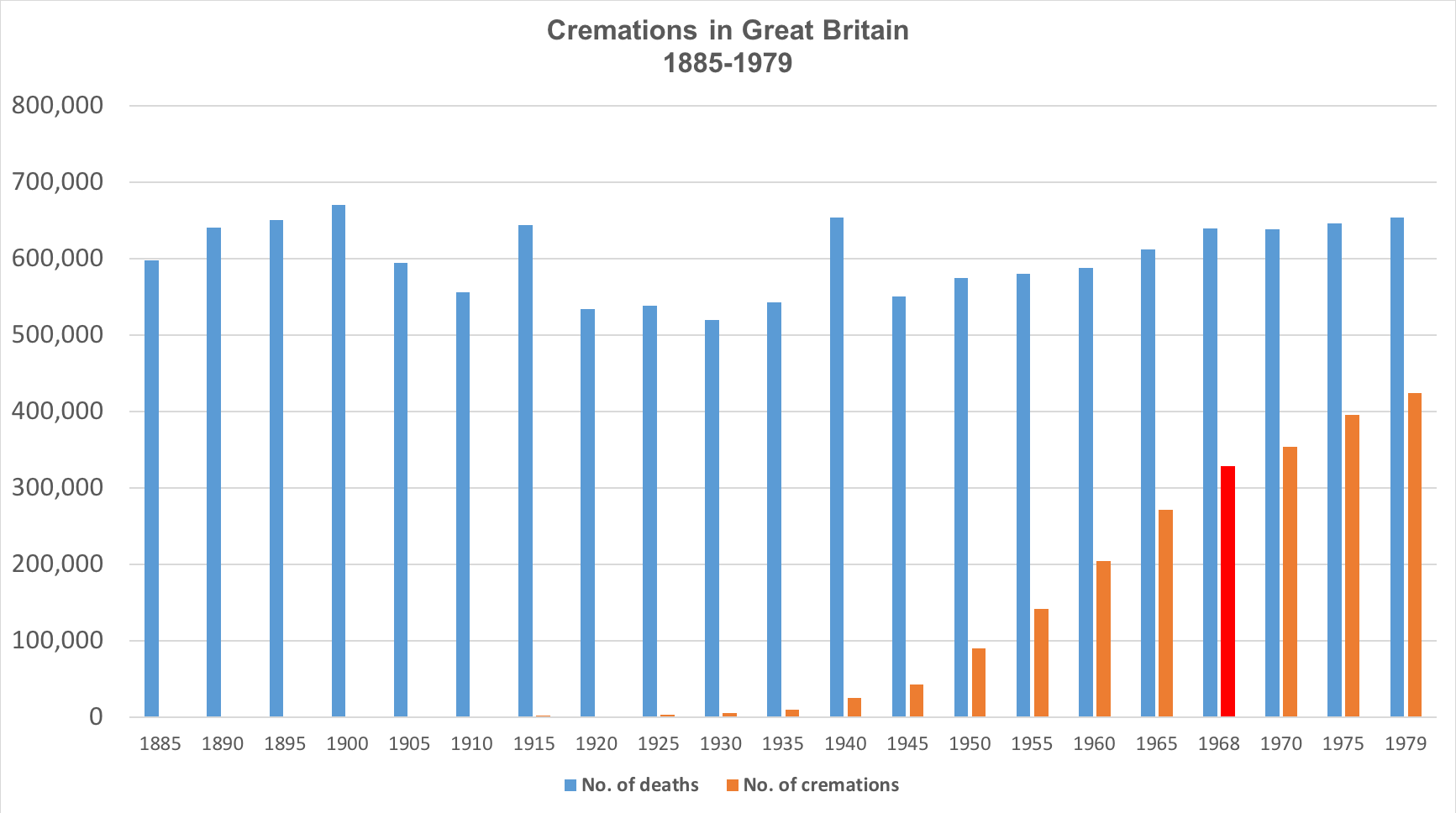