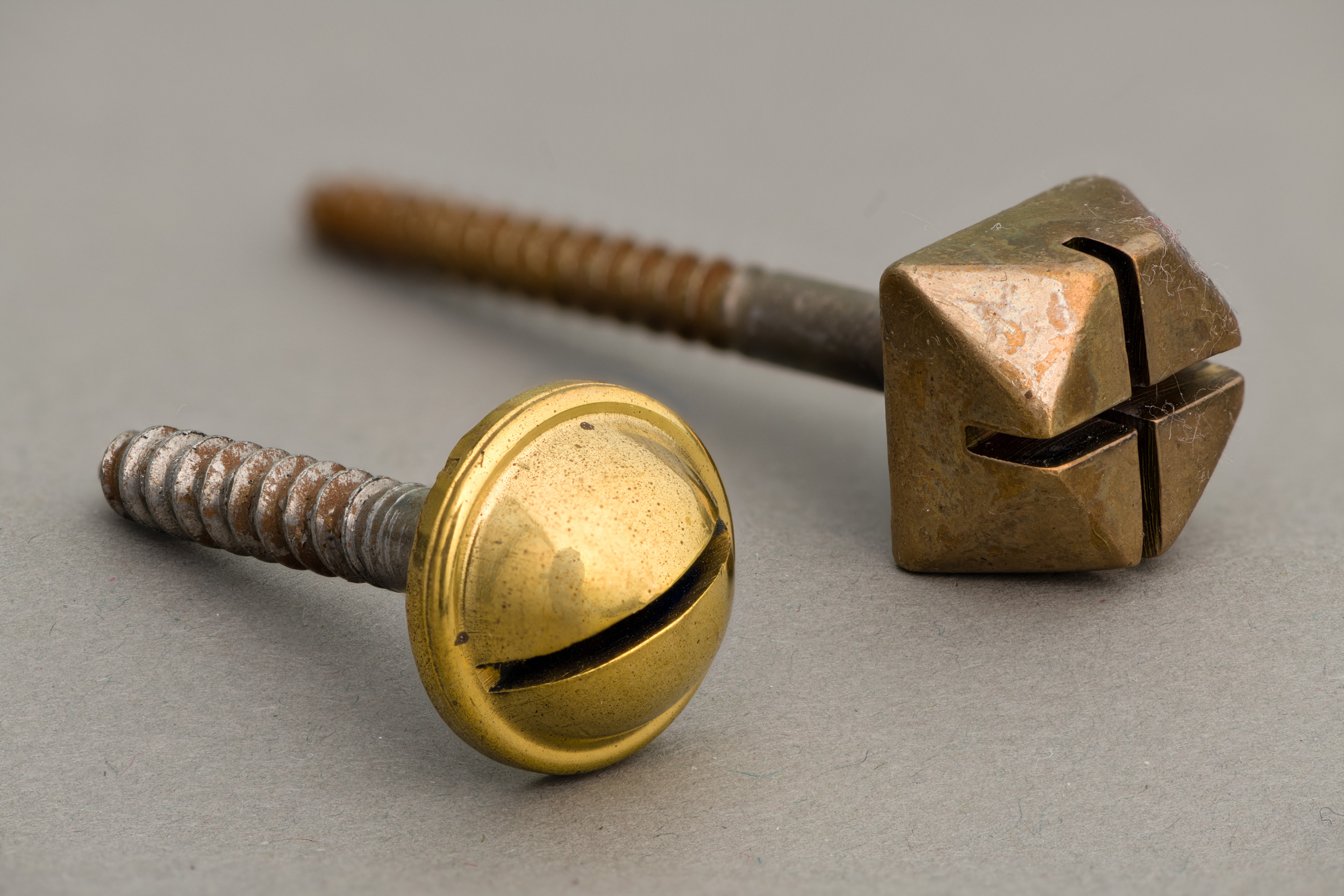 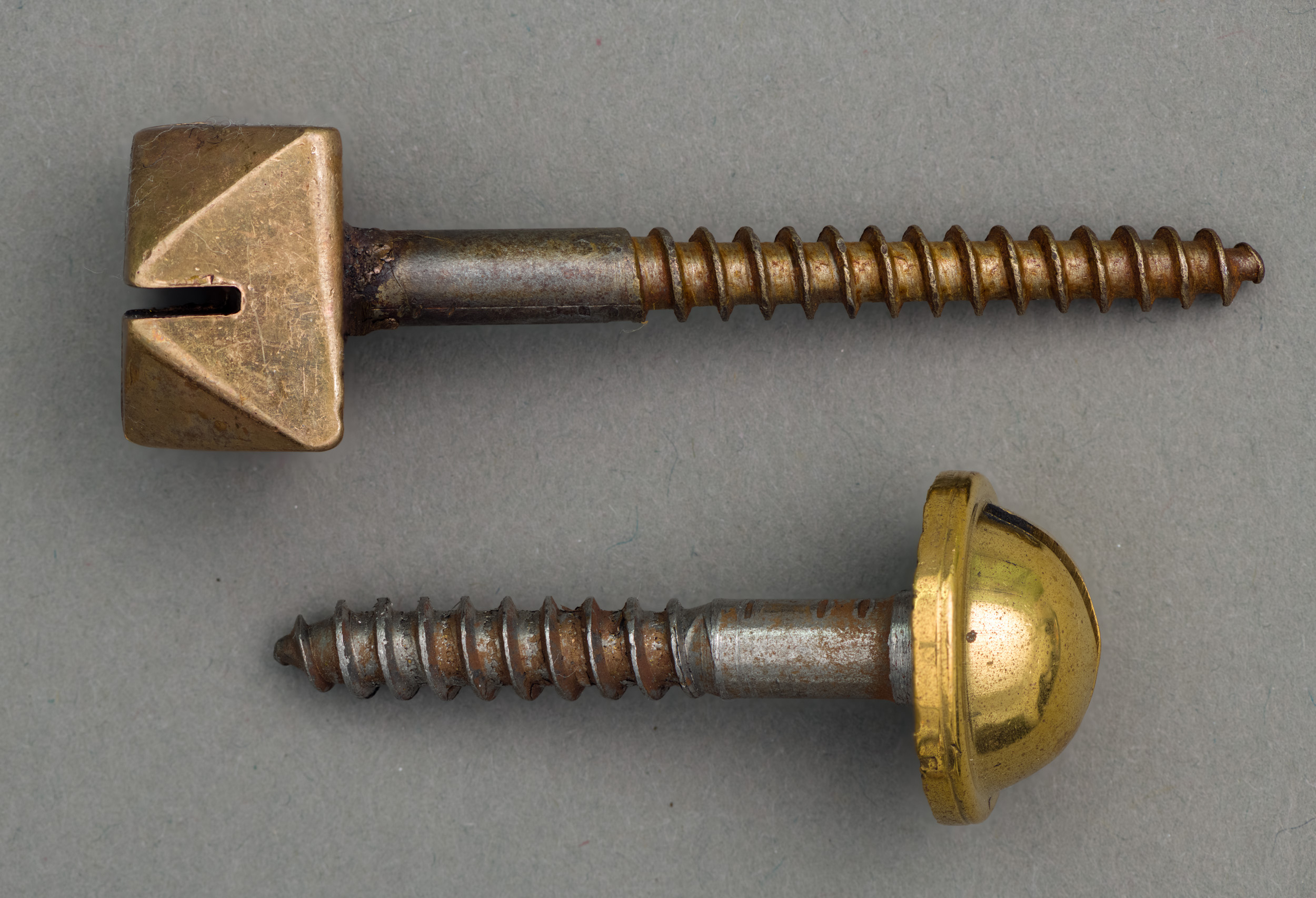 These screws had a traditional iron screw shank with a large slotted head used for tightening. The length of the shank on coffin screws normally ranged from between 1¼ inches to 2½ inches and Newman Brothers sold them by the gross. See catalogue image below for the range of coffin screws produced at the manufactory.

As Thumbscrews had the added bonus of giving leverage when tightening, as well as providing assistance with moving the coffin, they were often favoured in place of coffin screws. 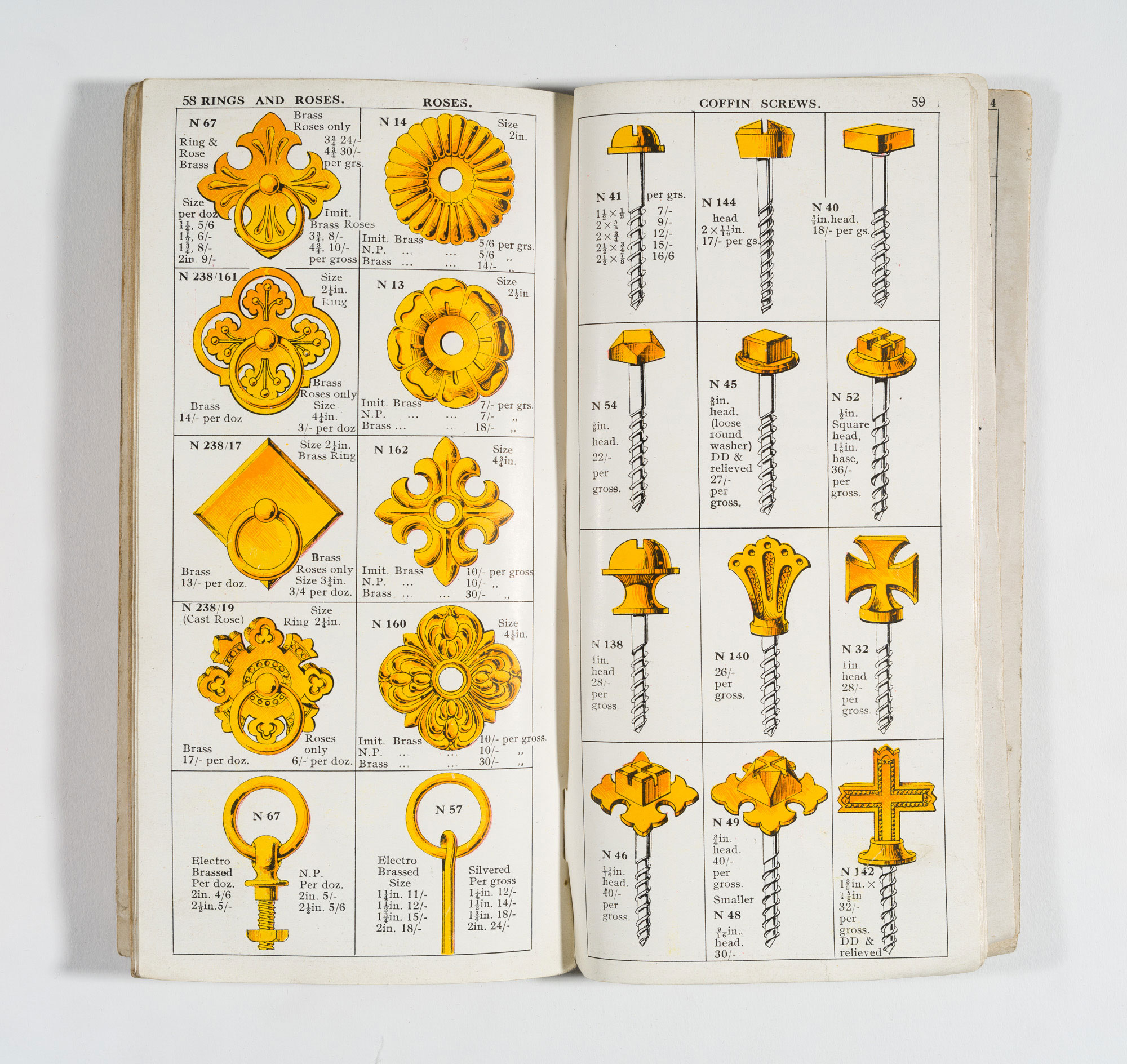