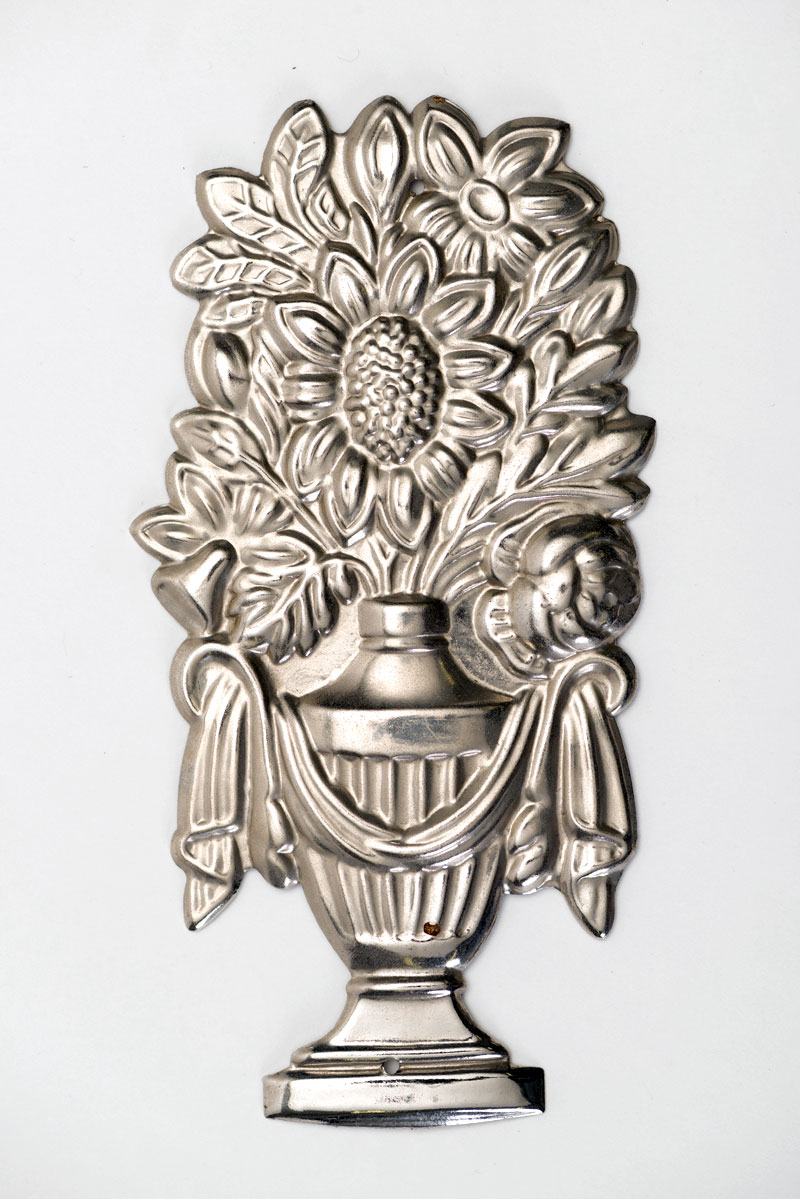 This ornament is ‘tin-dipped’. Tin was one of the cheaper materials used at Newman Brothers. It is rococo in design. Rococo was a style developed by craftspeople and designers rather than architects, and is often asymmetrical in design.

This flower pot lid motif is an ornament used to decorate coffins. This ornament was produced at Newman Brothers probably in the 1890s, when the design would have been most popular in the company’s history. The design is very common and forms part of the most popular non-registered designs. It mimics, and is inspired by, earlier coffin furniture designs of the late 18th century. The ‘Flower Pot’ and ‘Flower pot and Angel’ design was the trade’s nickname for certain lid motifs. This design was popular from the 18th century through to the early 20th century and was copied and reproduced, with minor tweaks repeatedly during that time. The use of flowers and foliage are often symbolic of the brevity of life and the natural seasons of life. Both are key elements in Rococo design.

“An Urn from an “Urn and Glory” lid motif set, the “Glory” being a Crown of Life supported by two angels; the Urn was affixed at the foot end of the coffin, with the Glory at the head end. The design is mid-C18, die stamped, tin dipped and either left plain (as in this instance) or painted matt black. By the late C19/ early C20 they were still being produced, but limited to use on children’s coffins. They faded out altogether in the 1960s, which makes them one of the longest-lasting designs of coffin furniture.” 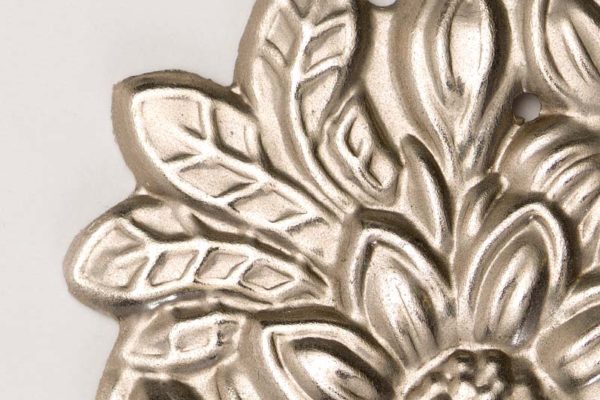 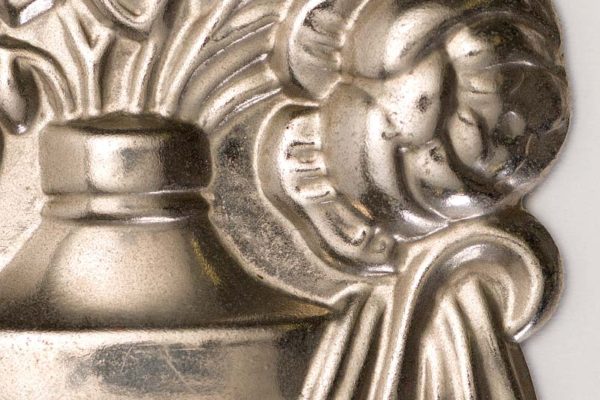 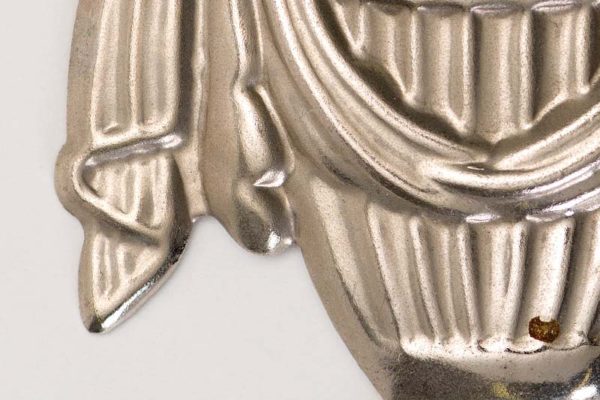