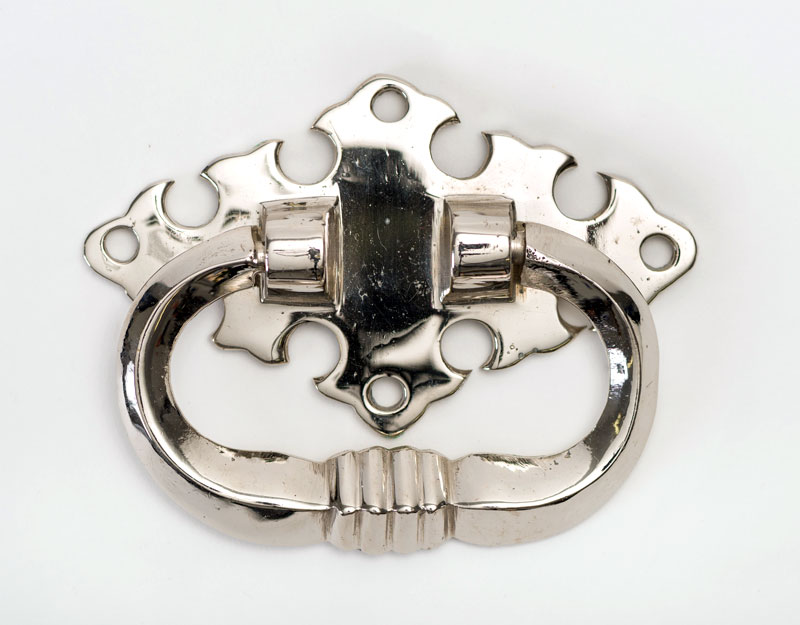 Newman Brothers traditionally used sand casting to manufacture their products between 1894 and the mid 1960s. By the mid 1960s, this had become less efficient and more time consuming. As a result, they commissioned outside die-casting companies to produce a range of their products for them. One of those companies was GEO Gale (Die Casters) Ltd based on Birchfield Road in Birmingham (see letter from GEO Gale below).

Children’s coffin fittings were identical to those of adults, but just smaller. This was an age when children were dressed as ‘little adults’, so even the shrouds were the same. Find out more about shrouds here. The period of deep mourning for children lasted a year. After that, mourning continued for another year, although the clothing material was changed, and traditional black crape was dispensed with. Practically, it was difficult for poorer members of society to embrace this Victorian etiquette, as they very often had to wear what they had and couldn’t always conform to these standards. In fact, they planned ahead and saved money in advance for their children’s funerals, because the likelihood of dying before three years old was high. This was in an effort to ensure that if their children did not survive, they would still be able to have a respectable funeral for them.

Children’s coffins in the Victorian period up until the First World War tended to range in size from 2ft to 5ft in length. anything over 5ft was considered to be in the adult range. Although not exclusively so, while adult coffins tended to have six handles, children’s coffins usually only had four. Often children’s coffins were not planed – instead they were covered in material to cover rough edges. Soft English wood such as alder or aspen was preferable and in terms of thickness, 9.5mm was suitable for a coffin between 2ft and 4ft. Anything above 4ft required wood 19mm thick.