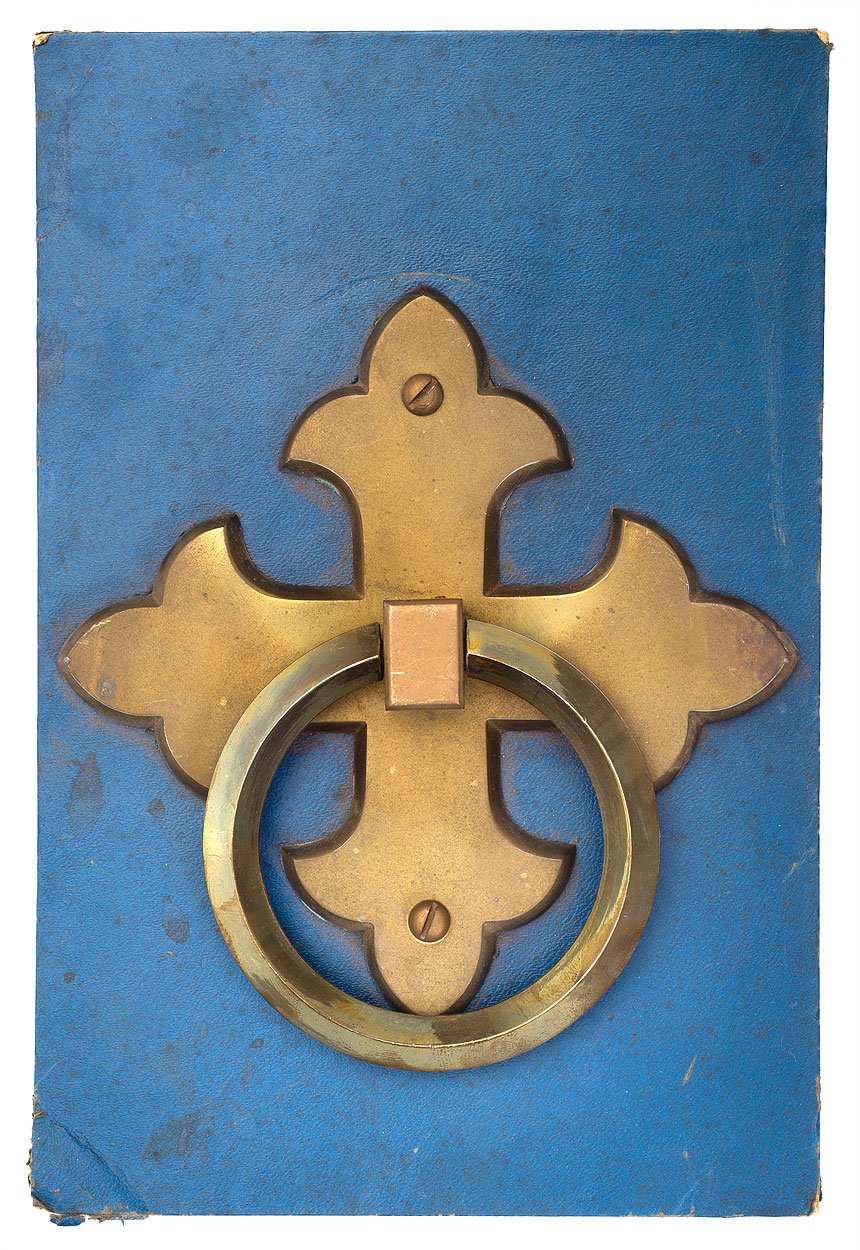 This is a Newman Brothers’ solid brass sand cast ‘ring handle’ or ‘ring plate’. It was one of Newman Brothers’ most popular ring plates and features in all of their trade catalogues. By the 1960s it was available to purchase in a cheaper diecast finish. Its product listing code is ‘N5721/2D.R &B’. It measures 5.58 x 5.58 ” in size.

This design is classically gothic, which Newman Brothers were known for, and many of their gothic handles remained in fashion well into the 20th century. Indeed, they featured in their last catalogue used until they closed in 1998. Between 1840 and 1900, Victorian designers started looking up to older classical styles for design inspirations, and the Gothic-revival style was influenced from medieval Gothic architecture. Design elements used in Gothic-revival furniture include trefoil and quatrefoil shapes and pointed arches as exhibited in this handle.

Among the most important staff employed by Newman Brothers were the travelling salesmen, many of whom went on to be directors. Each travelling salesman had his own ‘patch’ where he would tour around the undertakers or, in rural districts, builders and carpenters, who doubled up as undertakers. The work was hard and meant being away from home for days or weeks at a time, travelling by train, motorcycle or car. Typically, they would spend the nights in commercial hotels, specifically catering for salesmen and other businessmen. We know the patches covered by specific salesmen because their expense claims survive in the Newman Brothers’ collection. One of ‘Dai’ Davies’ patches, not surprisingly given his name, was Wales and the Marches, while Arthur Allen often worked in Ireland. John Kellett, Newman Brothers’ director in the 50s and 60s, looked after London and especially the royal undertakers, J.H. Kenyon Ltd.

The job of the travelling salesmen involved keeping existing customers happy and, of course, finding new business. The key tool of the trade was the travelling salesman’s bag, full of catalogues and samples. We are fortunate that four of these bags were left at the factory, still with their contents inside.  The handles and other fittings are proudly mounted on presentation card, while the fabric samples of funerary gowns and coffin linings are displayed together in a similar manner to a carpet sample book. Before making a visit, cards would be posted out to prospective clients, advising that a travelling salesman would be visiting in the next few days. 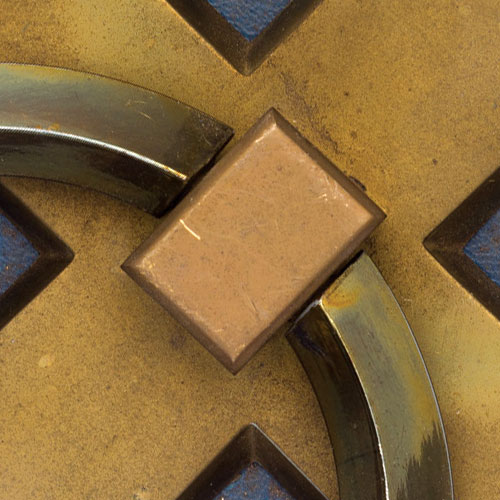 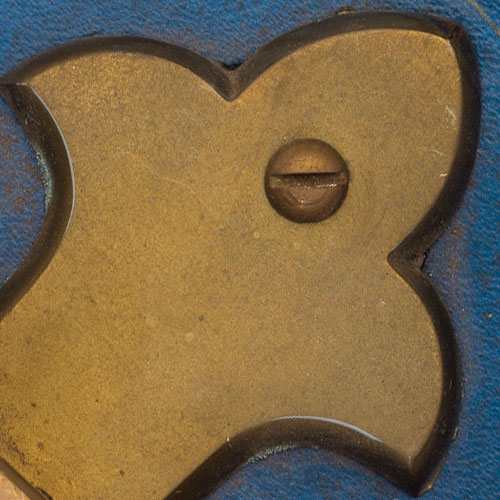 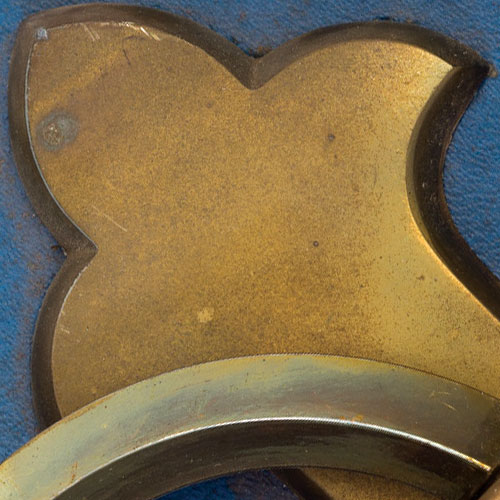 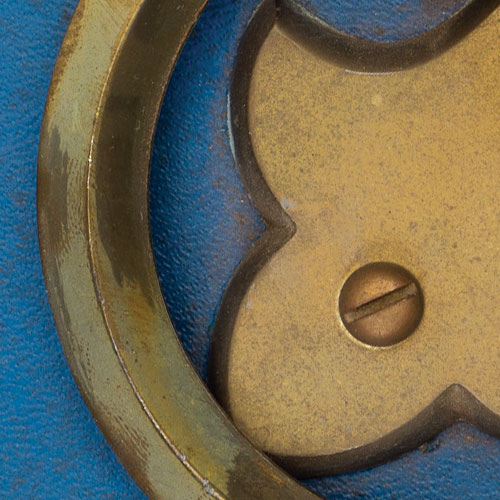 One of the key items a travelling salesman would have in his bag was a trade catalogue. The pages below are from a Newman Brothers’ catalogue dating from circa 1910, and illustrate some of the company’s ‘top brass’ products. 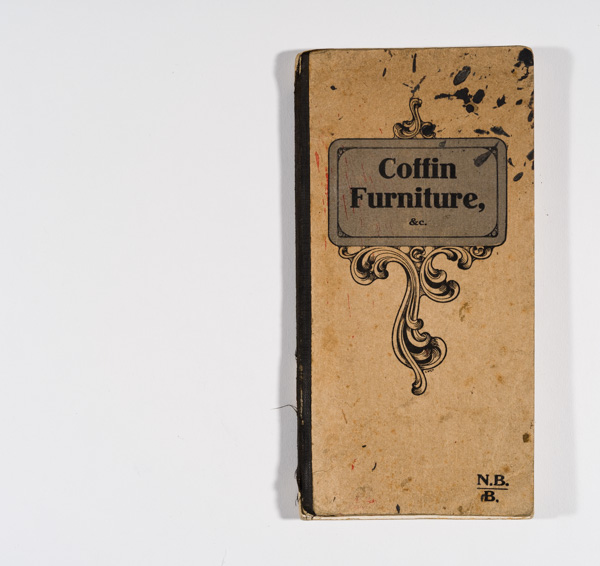 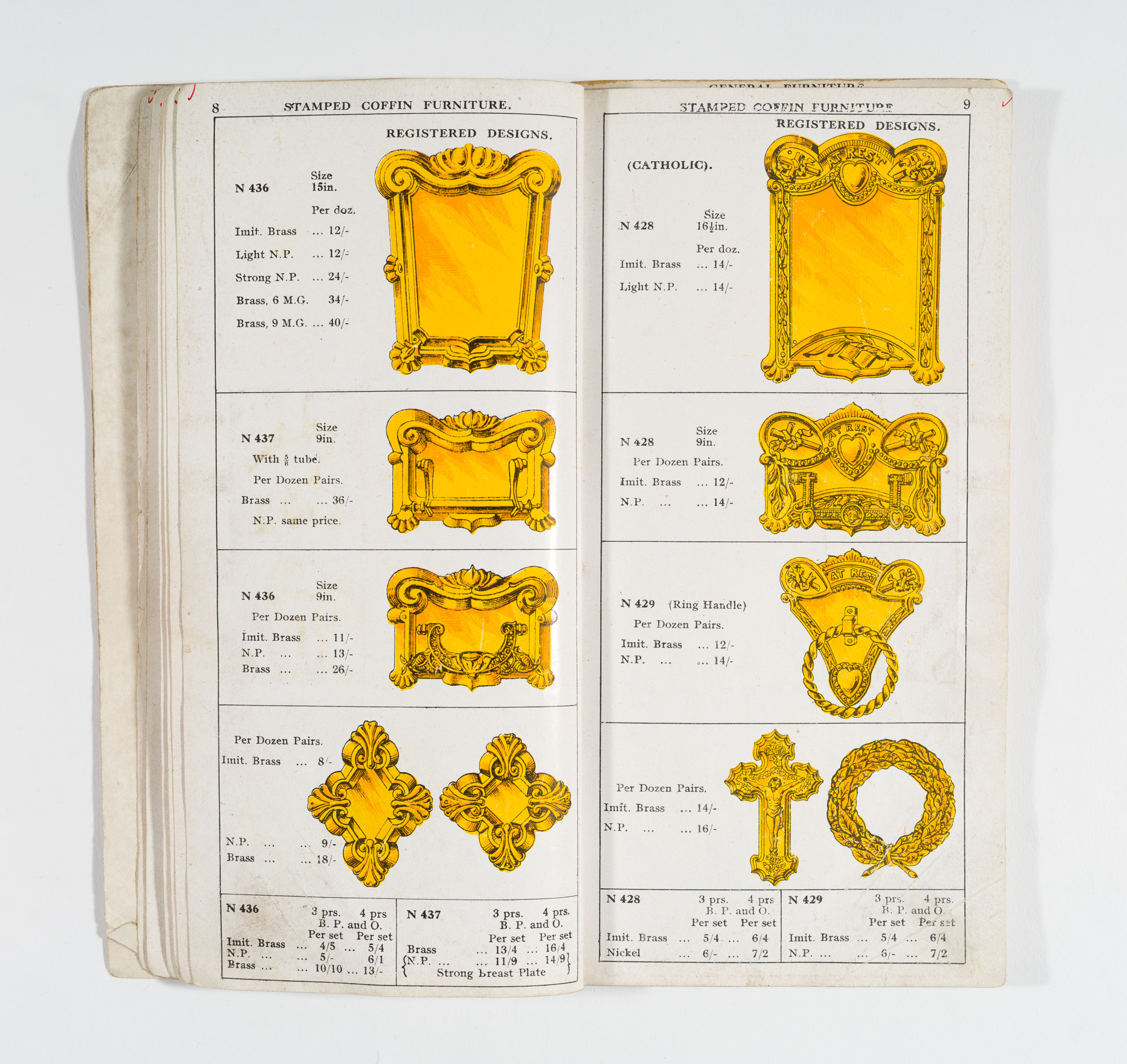 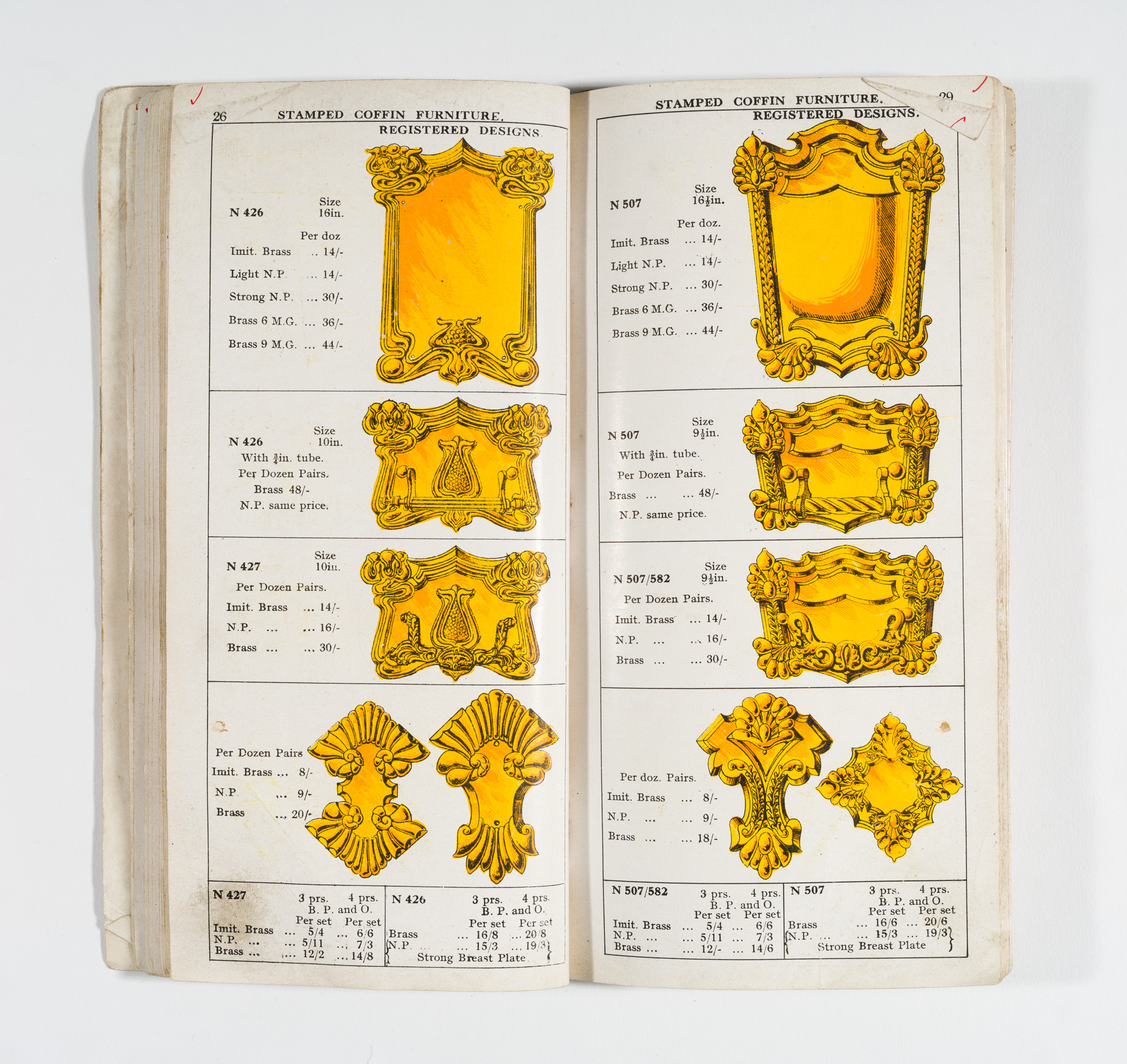 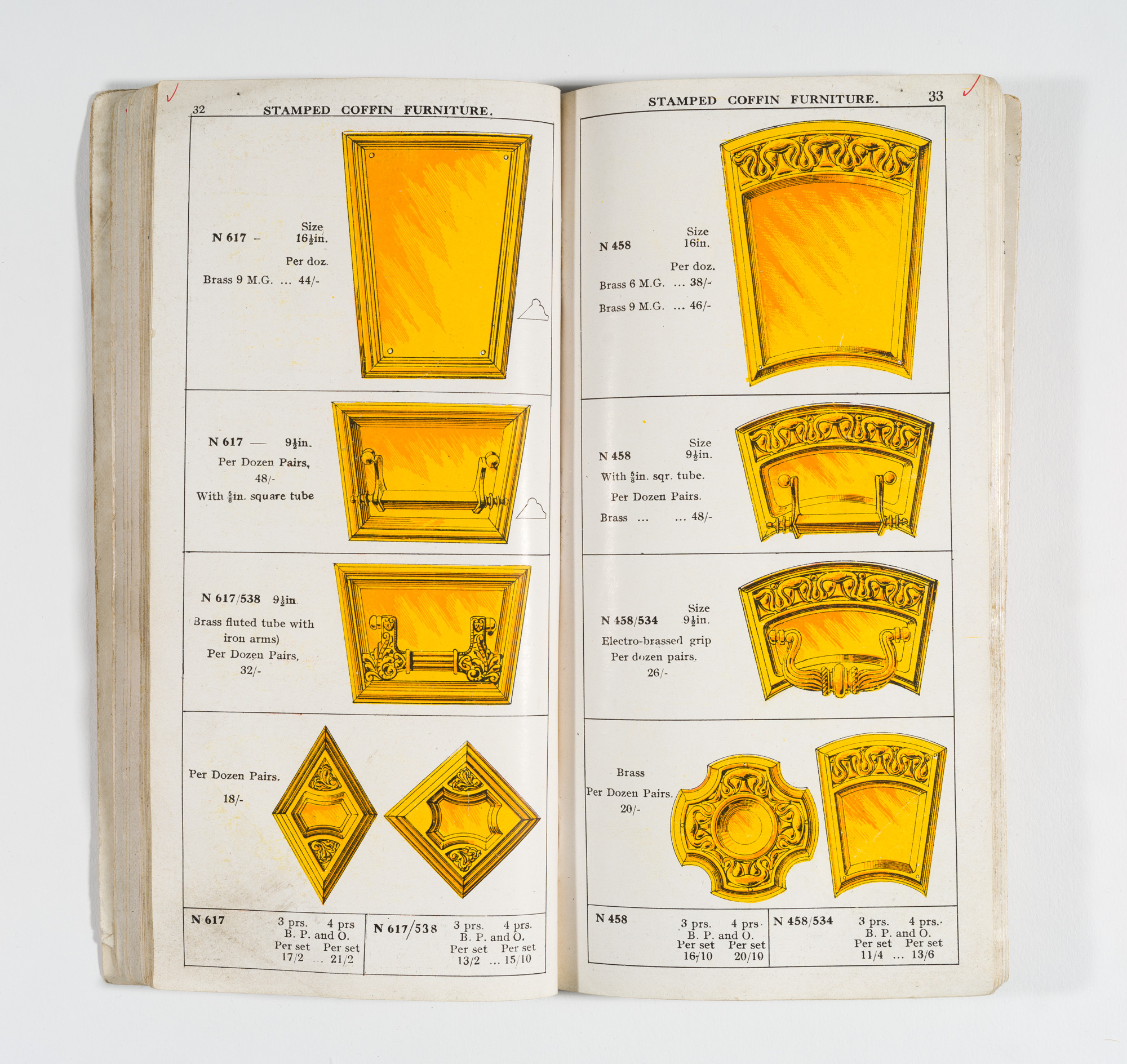 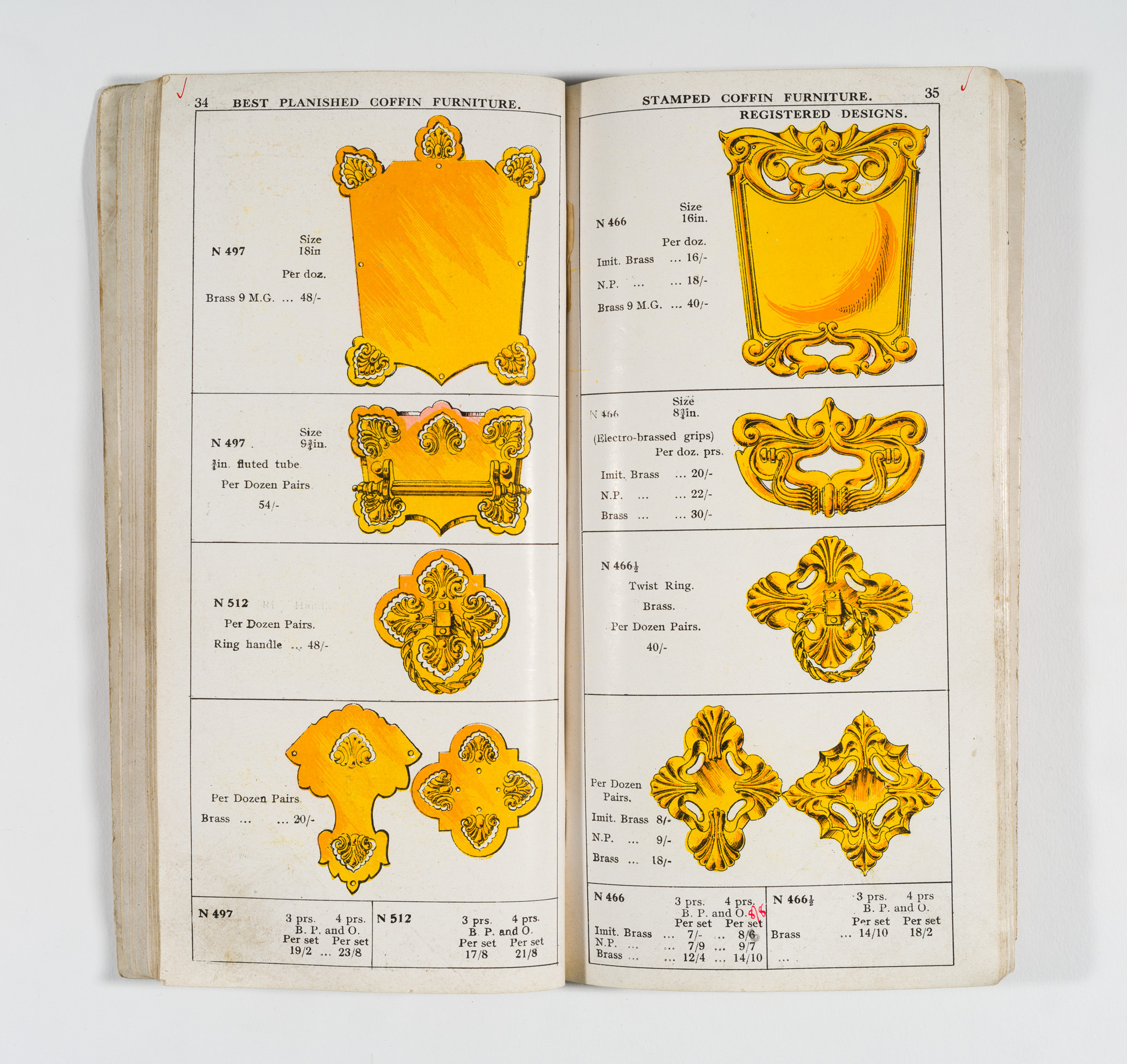 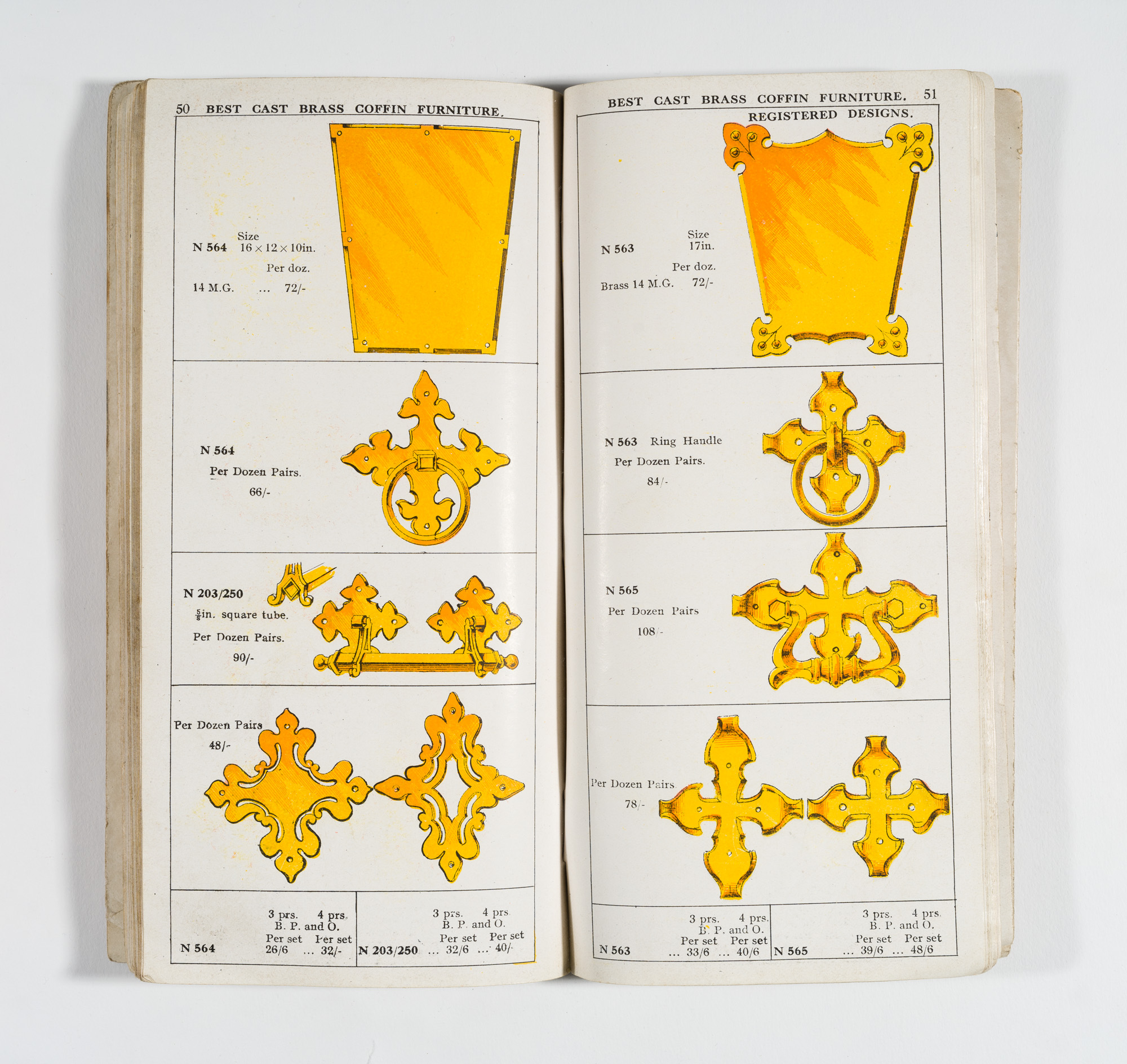 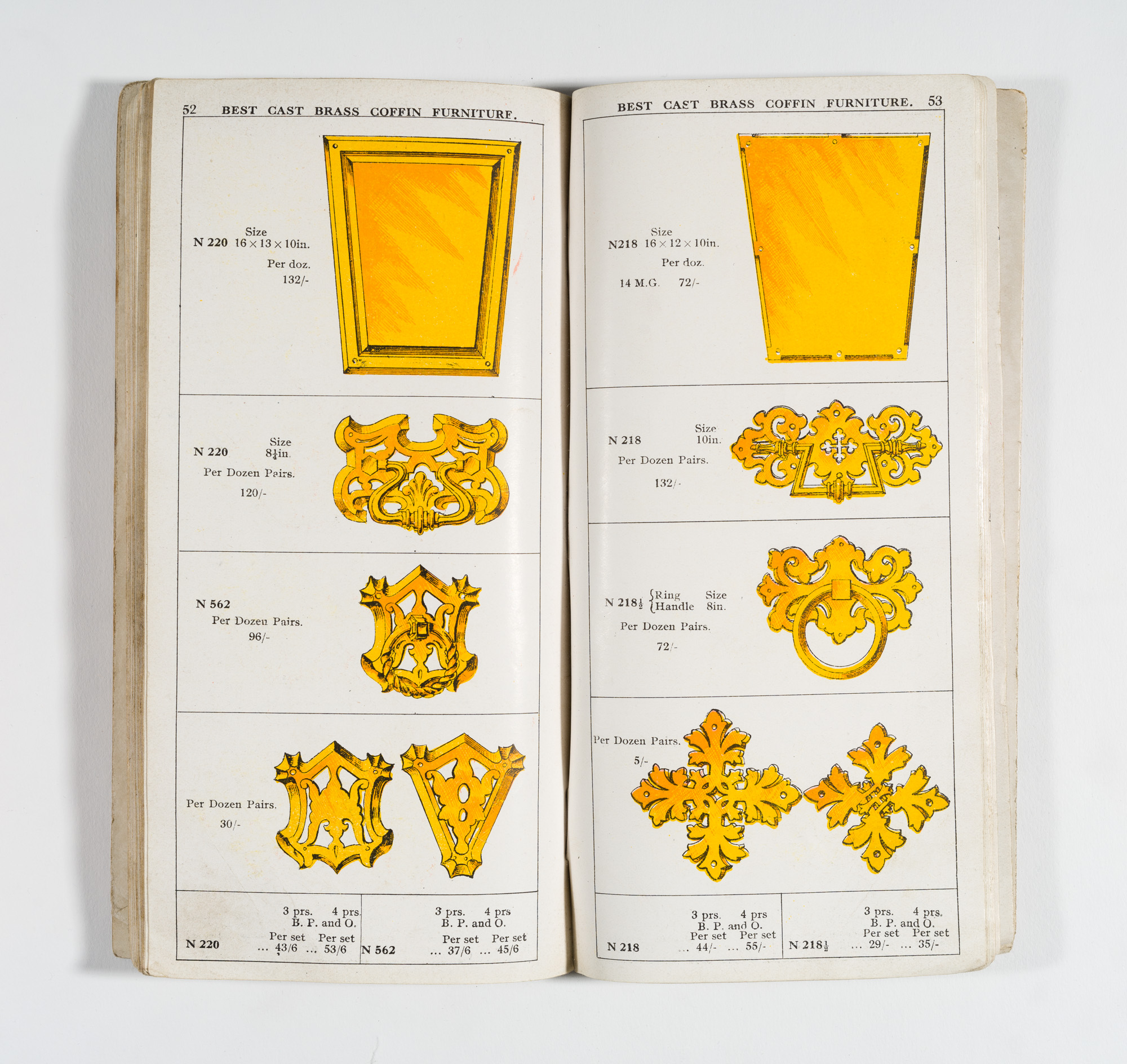 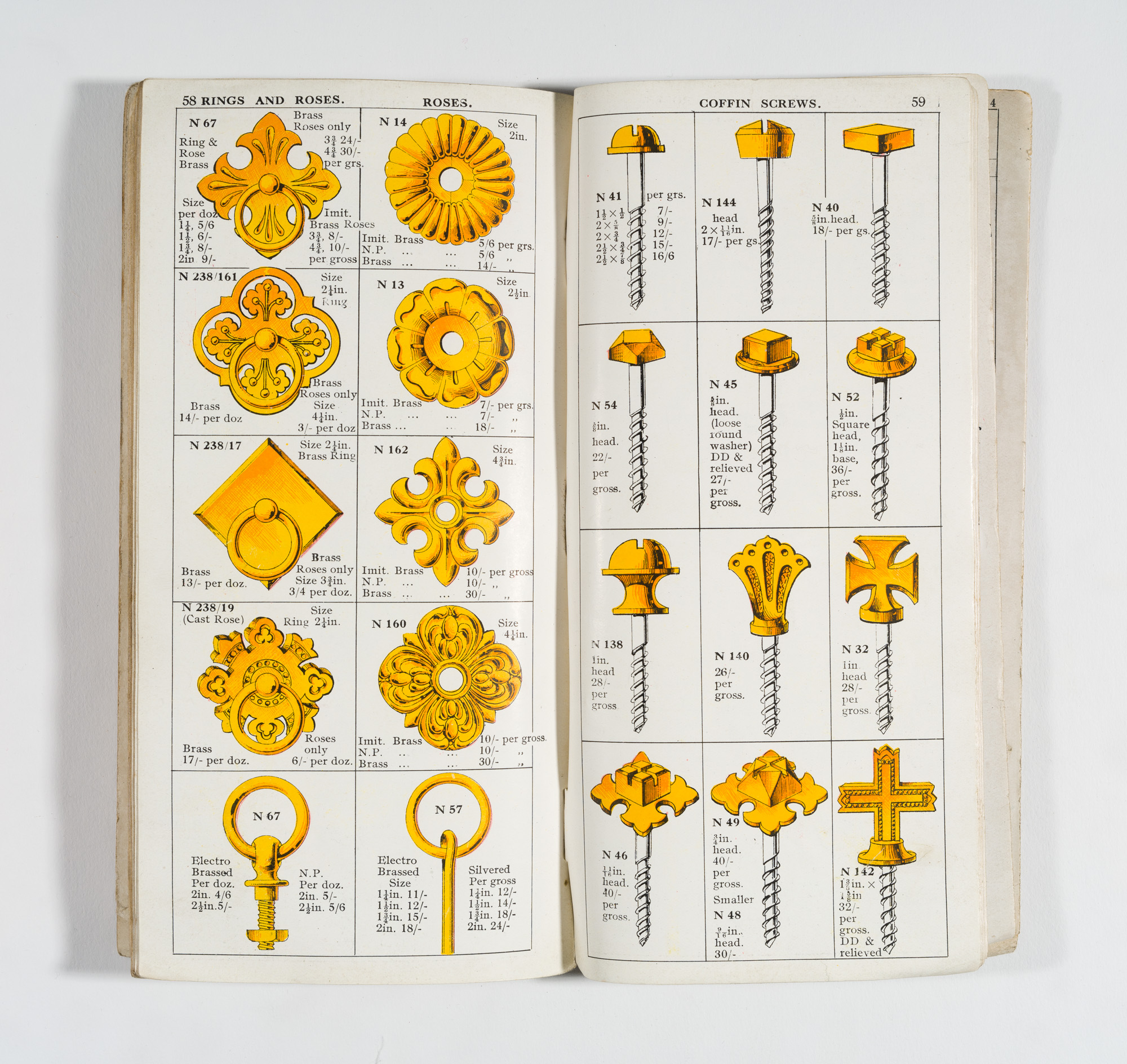